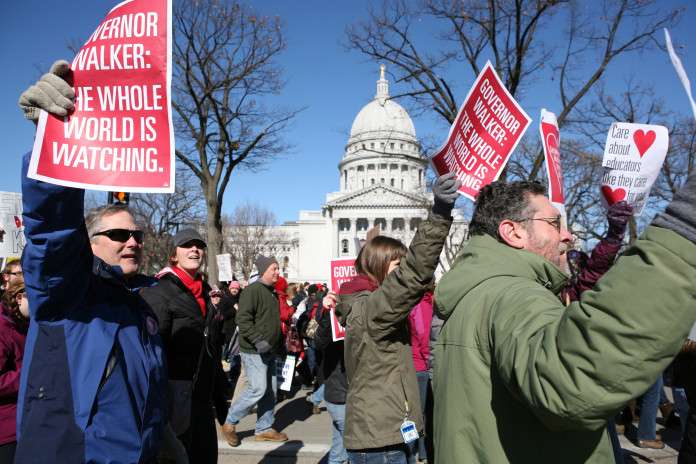 The decision to restructure debt suggests that the Walker’s administration is concerned there will not be enough cash on hand for the state budget to balance at the end of the current fiscal year on June 30, as required by law.

The latest estimate, prepared by the nonpartisan Legislative Fiscal Bureau in January, projected that the state budget was going to end this year with a $219 million cushion, but a razor-thin $71 million buffer in June 2017.

Walker administration spokeswoman Laurel Patrick called delaying the payment a “prudent financial management tool,” but did not say why it was necessary.

Read more from the Wisconsin Gazette.