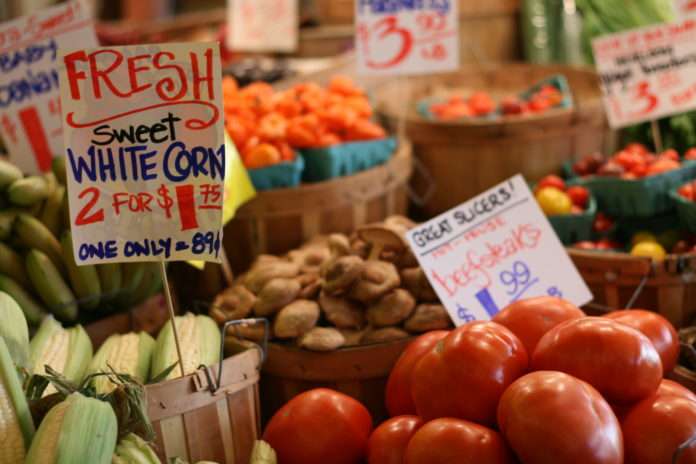 1. More elbow room, fewer vendors. This year’s Farmers Market on Broadway averages 150 vendors, down from about 170 to 180 in previous years, said Ahnna Dexter, project manager for On Broadway Inc.

2. Have a seat in the beer garden. One of the most popular spots at the Farmers Market on Broadway is a more defined space this year that now includes picnic tables.

4. Watch artists at work. The Farmers Market on Broadway is adding live art demonstrations to the mix, beginning this week.

6. Get your cold local beer here!

7. The more music, the merrier. Because of popular demand, artists at the Saturday Farmers Market now play a half-hour later, from 9 to 11:30 a.m.

8. Keep an eye out for rotating vendors. Wednesday’s market has 15 vendors who take turns rotating in and out of the lineup on any given week — five at a time this year.

9. More Broadway businesses takin’ it to the street.

10. That college feel. The University of Wisconsin-Green Bay and Northeast Wisconsin Technical College are both full-time vendors at the Farmers Market on Broadway this season.

7 a.m.-noon Saturdays through Oct. 29 on S. Washington Street from Walnut to Stuart streets

Bring cash when you come to the markets. Most vendors, particularly produce sellers, don’t take debit or credit cards. While you can find a nearby ATM, it’s likely to have a fee.