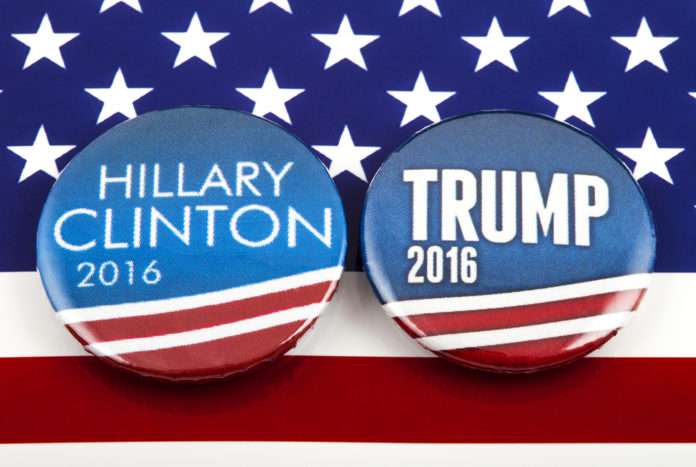 Clinton had 42% and Trump had 35% in the first Marquette poll conducted since the candidates became their party’s presumptive presidential nominees. Among likely voters, Clinton led 46% to 37%.

In the race for U.S. Senate, Democrat Russ Feingold leads Republican U.S. Sen. Ron Johnson, 45% to 41% among registered voters. Among likely voters, Feingold’s lead was 51% to 42%.

Even though Wisconsin hasn’t voted for a Republican for president since Ronald Reagan in 1984, the state is expected to be a key electoral battleground in the fall.

Clinton, who was defeated by Vermont Sen. Bernie Sanders in Wisconsin’s April primary, has already ramped up operations for the fall campaign. Trump campaigned hard here in the Republican primary, but was beaten by U.S. Sen. Ted Cruz of Texas.

Voters don’t appear enamored with either candidate. Overall, Trump was viewed unfavorably by 64% of registered voters, while Clinton’s unfavorable number was 58%.

Only 28% said honest was the term that describes Clinton, while 32% say Trump is honest. Just 30% said Trump “has the qualifications to be president” while 56% said Clinton did.

In a head-to-head matchup, Sanders leads Trump 56% to 31% among registered voters and 57% to 33% among likely voters.

President Barack Obama’s job approval rating was at 51%, while 43% disapproved of his handling of the office.

Around 104 people were interviewed Sunday night after the mass shooting in Orlando. There was no significant statistical difference in the Sunday sample compared to the previous three days, Franklin said.