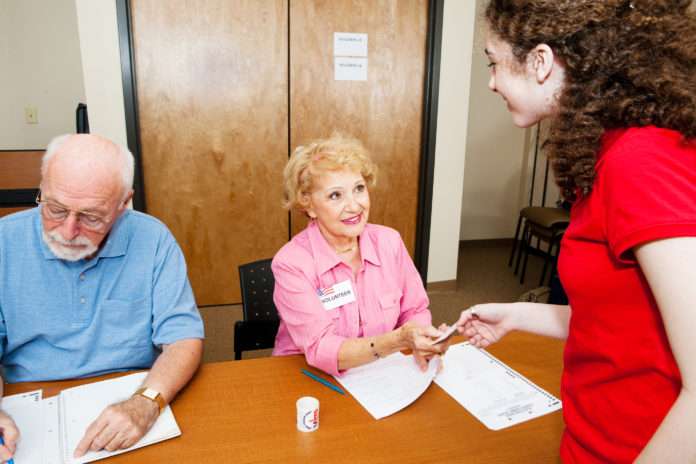 Restrictive voter ID laws across the country are being challenged. Today, a federal appeals court overturned parts of North Carolina’s 2013 voting law, saying they were enacted “with racially discriminatory intent” and are in violation of the Constitution and the Voting Rights Act.

“We cannot ignore the record evidence that, because of race, the legislature enacted one of the largest restrictions of the franchise in modern North Carolina history.”

Today, in Wisconsin a federal judge ruled that portion of our voter ID laws are unconstitutional but with a August 9 primary election days away, this ruling will have no effect on this election.

A federal judge in Madison on Friday ruled that portions of Wisconsin’s Voter ID law are unconstitutional, among them including limits on in-person absentee voting.

U.S. District Judge James Peterson, in a 119-page ruling issued late Friday, said that the state Legislature specifically tailored that portion of the law to curtail voting in Milwaukee, specifically “to suppress the reliably Democratic vote of Milwaukee’s African-Americans.”

“Wisconsin has the authority to regulate its elections to preserve their integrity,” Peterson wrote, “and a voter ID requirement can be part of a well-conceived election system. But…parts of Wisconsin’s election regime fail to comply with the constitutional requirement that its elections remain fair and equally open to all qualified electors.”