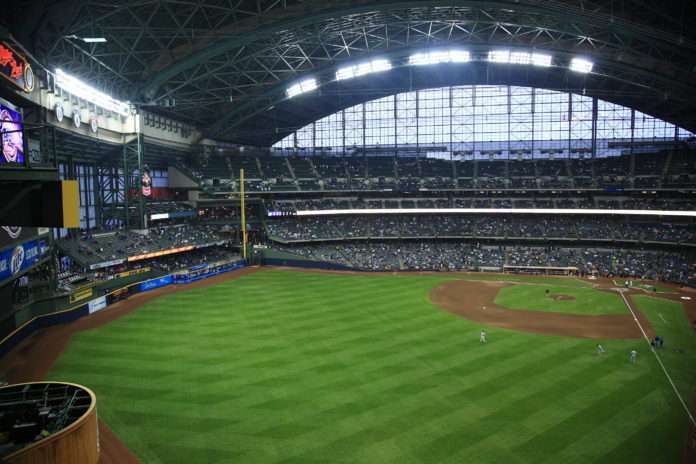 U.S. baseball team pitcher Josh Hader impressed many scouts and rumor has it that he is on his way to a successful major league career.

Hader, the Brewers’ No. 4 prospect who currently pitches at Triple-A Colorado Springs, entered the game with two outs in the eighth inning, with the U.S. trailing the World, 4-3. He promptly struck out Josh Naylor, an infielder in the Marlins’ organization, with a 96-mph fastball.

Hader’s work was done, but the point had been made. This is a pitcher who is knocking on the door of the Major Leagues. At 22, he could very well be a major part of a brighter future for the rebuilding Brewers.

Hader would have liked a longer outing, but he had no complaints.

“I got the opportunity to pitch, to be in the big league stadium in front of all the fans, so it was a lot of fun,” Hader said. “This was great. You meet a lot of new guys, you’re playing with the best of the best and against the best of the best with the World. This is another memory that I’ll have for my journal.”

Hader has been traded twice. When you see a left-hander throwing mid-to-high-90s with command, you can shake your head at those developments. But those trades didn’t bother Hader.