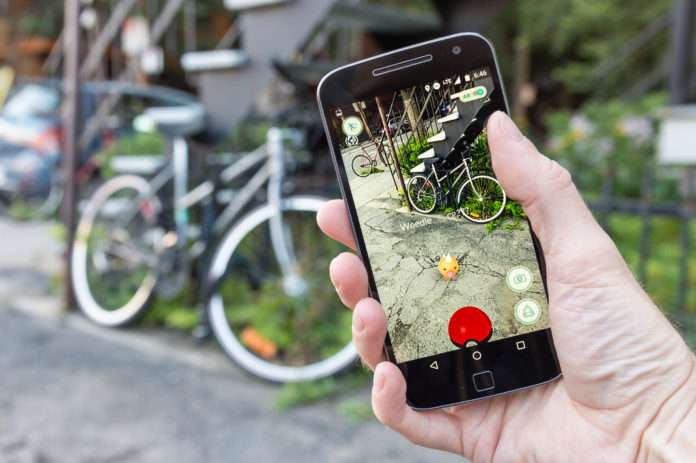 Pokémon Go is the latest mobile application that has millions of users worldwide. Users are getting outside, connecting with each other, and finding rare Pokémon. The Pokémon pop up in various neighborhoods and public spaces using augmented reality technology.

According to some experts, the technology behind the app can have some real-world life-saving measures, if used correctly.

The same technology that lets users see Pokémon creatures hiding under beds or walking on the street could soon be used to keep soldiers on the battlefield alive.

Augmented reality, the technology behind the widely popular phone app Pokémon Go, can be used to highlight land mines or relay information from a drone flying above about enemies hiding behind a wall to soldiers on the battlefield.

“This could absolutely save lives,” said John Rogers, chief executive officer of RL Leaders, a company that connects national security with technology from the entertainment industry. “Special forces operators could have that intelligence in real time, or intelligence of where the enemy has moved to.”

The technology of augmented reality is a live view of a physical, real-world environment, often through a camera, whose elements are augmented, or enhanced, by computer-generated graphics or GPS data, such as seeing a Pokémon out your window. “It is time and space with no matter,” Rogers said.

This technology is being used by the military to develop new training tools and provide soldiers in-depth information about the battlefield.

Todd Richmond, director of the mixed reality lab at the University of Southern California’s Institute for Creative Technologies, has been researching virtual and augmented reality’s potential military applications.

He said the technology, also called mixed reality technology, allows you to see information you wouldn’t normally see. “If you have drones, it’s about how do soldiers get notified by the drones about threats with something more than just a text message.”