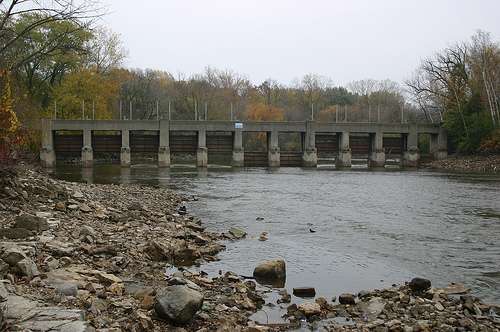 After years of turmoil and divisiveness, the stalemate on what to do with the Estabrook Dam may come to a court-enforced end on December 31, 2016.

The Estabrook Dam has been billed as a private lake for some people, and for those advocating the removal of the dam, like County Executive Chris Abele, Milwaukee Riverkeeper, and the City of Milwaukee – argue the dam is an environmental disaster and has an undue burden on taxpayers.

It’s been almost a decade since the state Department of Natural Resources ordered to the county to open the 80-year-old Estabrook Dam’s gates because of the hazard the dam posed and to fix or remove it, and four years since a Milwaukee County judge declared the dam a “public nuisance” that needed to be repaired or replaced. Deadlines have come and gone since then and yet the dam’s gates are still as the DNR ordered them: raised out of the water and out of operation.

That said, pending court cases and a new deadline of Dec. 31, 2016, could force the county to jumpstart its solution to this years-long stalemate, whether the solution is fixing the dam and reinstating a lake within the Milwaukee River or pulling it out of the water altogether.

The Estabrook Dam saga has been full of twists and turns, political intrigue and big questions about the dam’s past, its purpose and its value, such as:

When was the Estabrook Dam built, and why?

The dam in Estabrook Park was built as part of a New Deal-era public works project. A limestone ledge was removed, which lowered the water levels, the Milwaukee River was re-routed to create islands, and other amenities were built, such as bridges, a golf course, swimming areas, a boat landing and a beer pavilion. The dam raised the water levels and created an impoundment, which is sort of an inland lake that could accommodate motorized boats.

Decades after it helped to create a unique recreational spot for Milwaukeeans, the Estabrook Dam fell into disrepair. The county received many orders to fix it, but those were ignored. The 2009 order to repair or remove it still stands and has a Dec. 31 deadline.