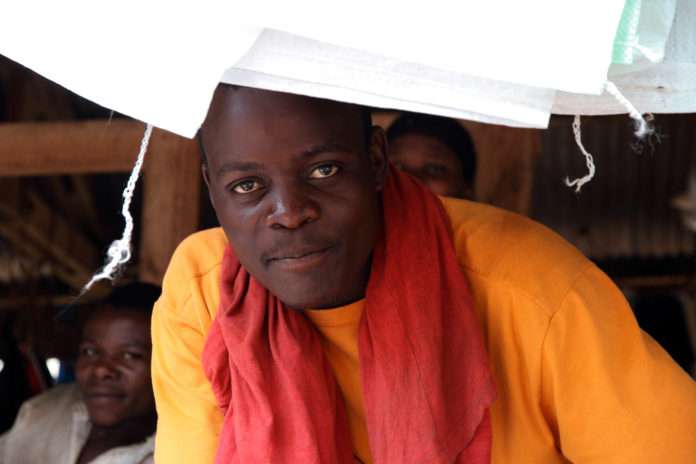 A small Jewish community in Oconomowoc welcomes a community of Jewish Africans. Samson Nderitu, 23 and his counselor, Isaac Wamani, 22, left their town in Uganda to come to Wisconsin to serve as cultural ambassadors.

In Uganda, Nderitu and Wamani and a part of a tiny Jewish minority in a country that is populated with majority Christians and Muslims.

The Jewish Chronicle has more on their story:

They left Africa for the first time, to connect with other Jews here in Wisconsin, and the experience has been warm and affirming.

Samson Nderitu, 23, and his fellow African madrichim (counselor) Isaac Wamani, 22, are spending their summer at OSRUI, the Reform Jewish overnight camp in Oconomowoc. They’re serving as cultural ambassadors from the Abayudaya, a tiny Jewish community in Uganda, a landlocked country in east Africa.

Abayudaya means “People of Judah.” The Abayudaya people live inside a nation of Christians and Muslims. They’re not a lost tribe – they’re converts and descendants of converts, having gotten their start with one man who tried out Christianity, then switched to Judaism and became a religious leader.

Nderitu and Wamani bring up issues that a Jew from anywhere in the world might also talk about, from whether one should marry within the faith to anti-Semitism to keeping kosher. Nderitu and Wamani both keep kosher. Wamani tells a story of a friend who quit a job because they wanted him to work on Shabbat.

“Jews killed Jesus,” kids would shout at Wamani. He was in high school and kids at school in Uganda singled him out for bullying. “There were three Jews in the school and I was the only boy – putting on a kippah,” he said.

But Nderitu said that’s how high school is and for the most part, it’s OK to be Jewish in their region of Africa, despite persecution during the Idi Amin regime in 1970s Uganda. “We live in harmony with the Muslims and the Christians,” Nderitu said. “They don’t have a problem with being Jewish.”

Despite the challenges of being a tiny minority in their country, they say they love being Jewish. “Being Jewish is the best thing I have in my life,” said Nderitu. “It defines my life.”