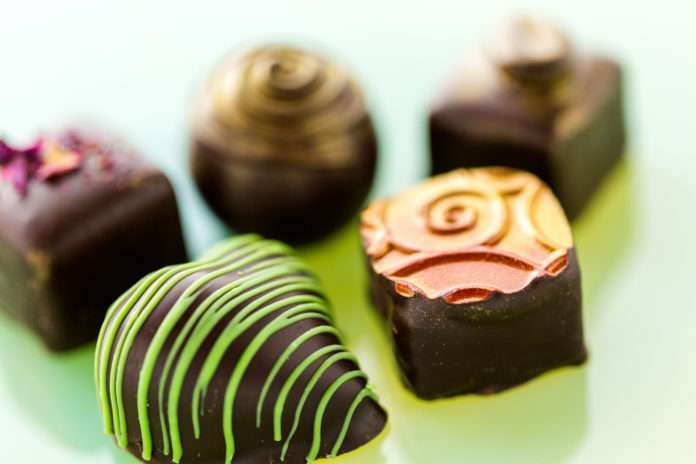 A lawyer, single mother, and part-time chocolatier, Syovata Edari is hoping to expand her business so she can work in the chocolate industry full-time.

The Madison woman has been a criminal defense attorney for 15 years, but has been quietly working in the chocolate business for over a decade.

The Isthmus has more:

“The main ingredients in Syovata Edari’s life are her kids, court and chocolate.

But if the criminal defense attorney and mother of two has her way, that will soon change.

“I still love practicing law, I still have a passion for it, but I’d rather make a living doing chocolate and take cases part time,” says Edari, 44, who’s been a trial lawyer for the last 15 years. Most recently she took on the high-profile case of Genele Laird, the Madison teen violently arrested by Madison police officers in June for allegedly waving a knife at East Towne Mall. She helped Laird enroll in Dane County’s Restorative Justice program in lieu of facing immediate charges.

Less publicly over the last a decade, Edari has been building a business as a chocolatier, filling custom orders. Edari is now hoping to step back from court and spend more time in the kitchen. For one thing, she’s tired of the old boys’ club legal system. “As a female attorney, as a female attorney of color, [it’s a system] that doesn’t want me in it, doesn’t want single mothers in it,” she says.

She’s found the chocolate business far more welcoming. “I could be a bad-ass lawyer and I still wouldn’t get respect, but with chocolate, it transcends the bullshit,” she says. “It doesn’t matter who’s behind it — if the chocolate is good, it’s good, and people are going to buy it because they want it.” And they do want it.

She recently delivered an order of more than six dozen golf ball-shaped treats for a client who was hosting an all-women’s golf outing. “One golf ball was a salted caramel with Maldon sea salt in a single-origin dark chocolate shell,” she explains with a calm confidence in her craft. “The other was a strawberry milk chocolate ganache with a white chocolate shell.”