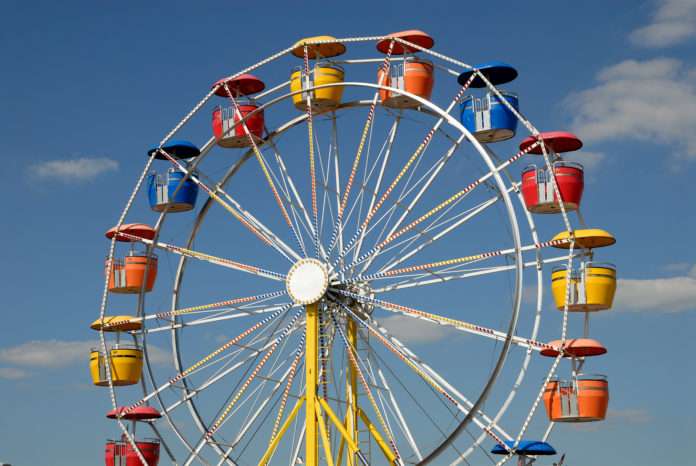 The 165th Wisconsin State Fair got underway on Thursday to a lot of fanfare around the new food options at the fair this year. But there was also another thing that was new: CEO Kathleen O’Leary.

O’Leary has been at the helm of the Wisconsin State Fair since May and is the first woman to lead the organization.

For Kathleen O’Leary, it’s the days leading up to the Wisconsin State Fair that bring a sense of wonder, as booth by booth, ride by ride, an entertainment city comes to life.

When the Wisconsin State Fair opens its 11-day run Thursday, all the familiar trappings will be in place, from cows to cream puffs, the 75-foot slide to fried food on a stick.

But as the State Fair celebrates 165 years, history is being made: O’Leary is the first woman to run the show.

O’Leary, 51, was named the State Fair interim chief executive officer on May 11, the same night that her predecessor, Rick Frenette, was fired by the State Fair Park board for handing out controversial pay raises without proper authority.

A 19-year State Fair veteran, O’Leary rose through the ranks from sponsorship manager to marketing and communications. Before becoming chief executive, she was the fair’s chief operating officer.

With no time to pause, she had to rally 48 full-time staff to focus on an event that draws more than 1 million people annually.

“We all in different ways grieved the loss, if you will,” she said of Frenette’s firing. “However, we had to move on. We had to pick ourselves up. There’s the sadness but the understanding that you need to move on.”

“We had a show to put on,” she said, crediting her staff with rising to the challenge.

Being the first woman to run State Fair she said “is a testament of women in an industry that for many, many years was a male-dominated industry. It’s evolving. There are a number of women in executive-level positions.”