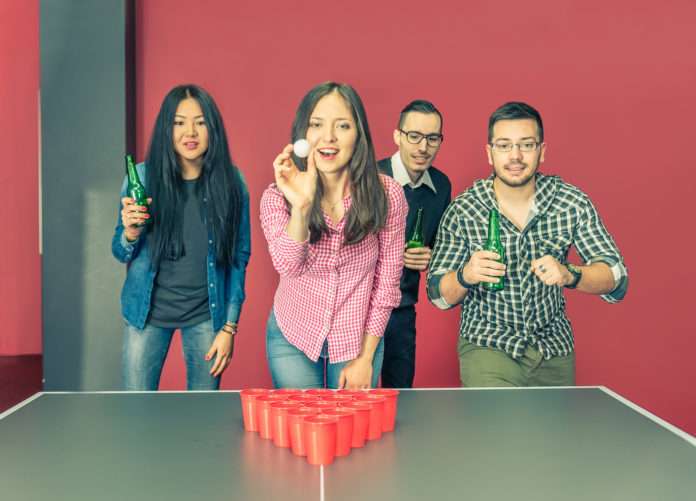 This news probably isn’t the most welcoming for parents sending their kids back to college this week. But every year the Princeton Review publishes a ranking of the top party schools, they’ve done this every year since 1993.

And this year, the first time in a decade, the University of Wisconsin-Madison ranks No. 1.

“The University of Wisconsin-Madison is ranked the top party school in the nation in the annual rankings released Monday by the Princeton Review.

Following the Badgers, West Virginia University and the University of Illinois at Urbana-Champaign came in at Nos. 2 and 3, respectively. It’s the first time in a decade that UW-Madison took the top slot in the party school ranking. Illinois took the top spot last year.

Princeton Review, which publishes an annual guide to picking and preparing for colleges, has ranked the top party schools since 1993. The rankings are based on student surveys distributed to 143,000 students at 381 colleges.

UW-Madison was ranked No. 3 in the Princeton Review party school list last year. However, many of the various party school rankings have placed the University of Wisconsin flagship campus high on their lists.

As usual, for the 19th year in a row, Brigham Young University’s Provo campus was ranked the most “stone-cold sober” school by Princeton Review, a title they’re proud to clinch. The most sober schools are often a mix of religious institutions and military academies, and 2017 is no different.

Behind BYU, the College of the Ozarks, Wheaton College in Illinois, the U.S. Air Force Academy in Colorado and Gordon College in Massachusetts round out the top five sober campuses.”