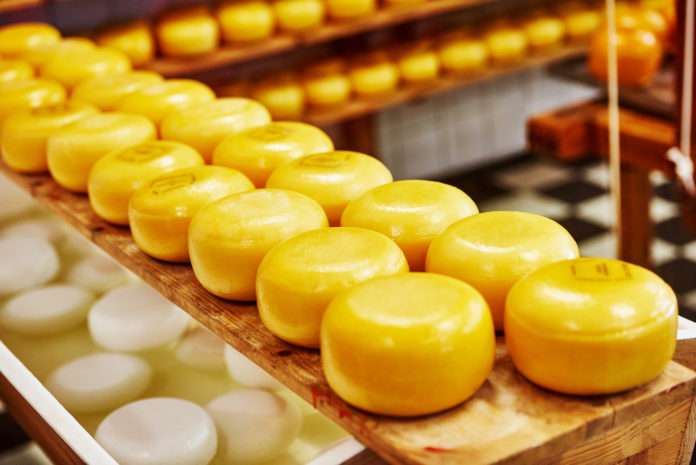 Wisconsin is known as the dairy state, so it’s no surprise that a Wisconsinite recently won a top industry award.

A fourth-generation cheesemaker, Chris Roelli sensed he was onto something special with a cheese he calls “Little Mountain.”

“We knew that it could be something really, really good,” said Roelli, co-owner of a family cheese factory near Shullsburg. “As we kind of sampled it out and shared it with people, we always had very strong reviews.”

Roelli’s Little Mountain beat out more than 1,840 other cheeses entered in the competition.

“It takes their company to an entirely new level,” Jeanne Carpenter, a specialty cheese buyer for Metcalfe’s Markets in Wisconsin who writes about artisan cheese-making on her blog Cheese Underground, said in an interview Saturday. “Every cheese shop in the country is now going to be ordering this cheese, and I’m not exaggerating.”

Along with being a big boost for business, winning the top industry award is a proud accomplishment that a little more than a decade ago would have seemed unlikely at best.

Roelli Cheese Co., which once produced big quantities of cheese, sold its equipment and got out of the large-scale cheddar cheese production market in 1991. It concentrated instead on its retail shop and milk hauling operation.

“We basically were a casualty of a poor cheese market in the late ’80s and early ’90s,” Roelli said.