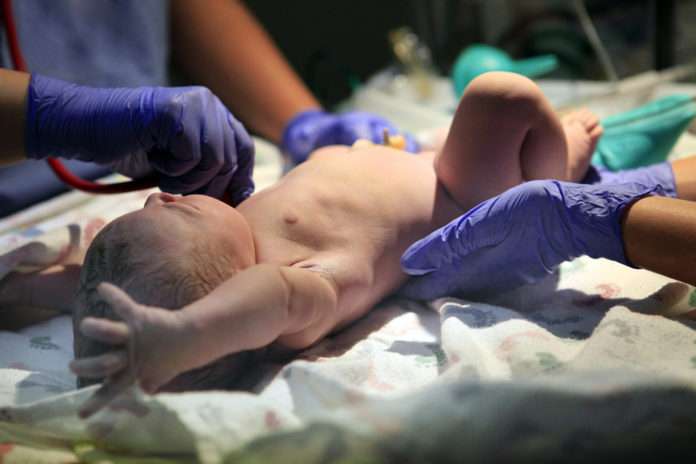 For years, women who have Cesarean sections to give birth, often are unable to have immediate contact with their newborns because of the surgical procedure. But one Wisconsin obstetrician is working to change that.

Metroparent Milwaukee has the full story:

It was the opposite of what she had expected.

After 43 hours of labor, Laura Horton’s first child was born in a hospital after an emergency Cesarean section — not the natural birth in her home she had planned.

“It was really traumatic. I felt like I failed,” said Horton, 29, of New Berlin. “I didn’t get to see him being born, and he was immediately taken from me.”

Horton’s ordeal left her determined to create a better experience for the birth of her second son. She wanted to try for a vaginal birth after Cesarean, or VBAC, but feared a similar scenario. Eventually, she opted for a scheduled C-section.

“But I didn’t like the way routine C-sections were done,” Horton said. “I wanted to be able to hold my baby as soon as he was born.”

“We knew there were clear drapes out there, so she could see the baby being born — somewhat,” said Wasserman. “But this takes it to another level: The mom can hold the baby immediately.”

In February, Wasserman became the first doctor in Wisconsin to use the Clever Medical Drape during a C-section.

The drape allows the physician to transfer the baby to a nurse, using a sterile portal. The nurse then gives the baby to the mom, without compromising the surgical environment.

In routine C-sections, a basic drape is used as a barrier between the mom’s head and her lower body. This ensures a sterile surgical area during this major abdominal surgery.

“That’s the way it has been done for years, and it’s sad because the mother has been deprived of that experience,” Wasserman said.