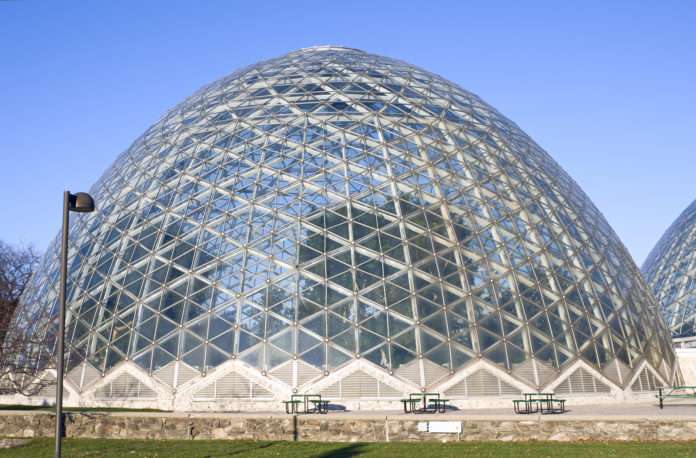 The Tropical Dome at the Mitchell Park Domes, reopened this week. After a summer filled with controversy surrounding the structure, safety and future of the facility, in late April, the Tropical Dome was closed for repairs and maintenance.

The Mitchell Park Domes Task Force, composed of county supervisors, local leaders and residents will meet for the first time on Oct. 12, and expects to make recommendations on the future of the conservatory within a year, according to Jason Haas, task force member and county supervisor for the 14th District.

The announcement from Haas comes days after the Tropical Dome, closed since February due to safety concerns, was reopened to the public after installation of mesh safety netting was completed on Sept. 23.

Fallen chunks of concrete from the ceiling of the Desert Dome led to the closure of the Mitchell Park Domes, igniting a controversy about the long-term viability of the South Side landmark. The Show Dome reopened ahead of schedule in late April, and construction is continuing on the Desert Dome, which should reopen in early November, according to county officials.

During a public hearing in February regarding the future of the Domes, Milwaukee County Parks Director John Dargle estimated the cost to reconstruct the Domes at between $61-70 million, though other estimates have been higher.

County officials acknowledged that the recent repairs are short-term fixes. The Domes Task Force was created by the county board in March to gather public input and help plot the future of the attraction.

According to Haas, the repairs on the Domes have extended its usability for several years.

“I think the Domes and all of our County Parks are in need of ongoing, sustained funding, ideally the sales tax voters asked for eight years ago,” Haas said in a statement. “At the same time, I’m open to exploring ideas to bring in more revenue such as improved concessions, and ongoing collaboration with outside organizations. The Domes are a major tourist attraction. It’s in our mutual best interests to keep them alive and well.”

For more on the future of the Domes, visit Milwaukee Neighborhood News Service.