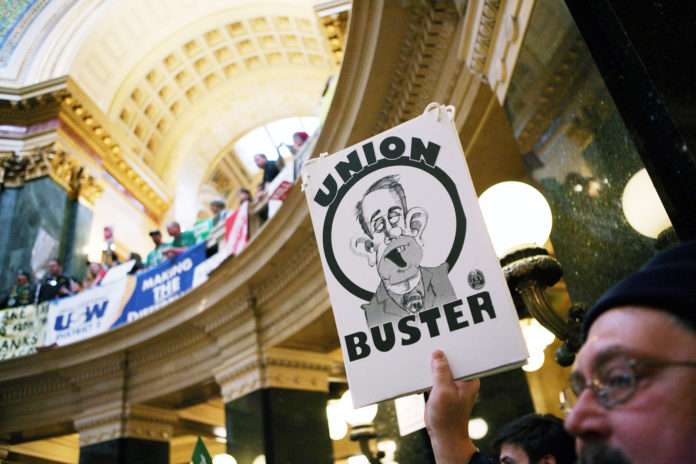 The Republican governor’s desperate, unprecedented power grabs in slashing K-12 public education, stripping collective bargaining rights and making historic cuts to the UW-system, have earned him a spot in the top 10 of America’s least favorite governors; according to Morning Consult’s survey conducted earlier this year.

His approval rating statewide has averaged around 40 percent all year.

More than 71,900 registered voters across America have evaluated the job performance of key elected officials on Morning Consult’s weekly online national polling from early May 2016 through early September 2016 to determine the latest Governor Approval Rankings.

On each poll, Americans indicated whether they approved or disapproved of the job performance of President Barack Obama, their state Governor, both of their U.S. Senators, their Member of Congress and their mayor (if they lived in a city with more than about 10,000 residents). For each question, they could answer strongly approve, somewhat approve, somewhat disapprove, strongly disapprove, or don’t know / no opinion.

For more on these Governor Approval Rankings, visit Morning Consult.