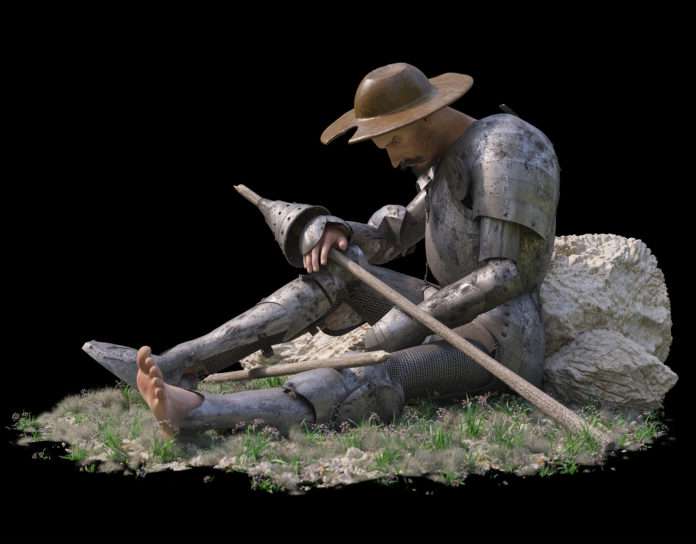 Nathaniel Stampley is no stranger to the limelight. The Milwaukee native, who has family here, is famous for his boisterous voice, having played Mufasa in The Lion King on Broadway.

He’s performed in Milwaukee several times, most recently in 2014 at The Milwaukee Repertory Theater. Stampley was cast as Mister in the Rep’s production of “The Color Purple.”

Stampley returns to Milwaukee tomorrow night to begin The Milwaukee Repertory Theater’s production of “Man of La Mancha,” as Don Quixote. For Stampley, this is a dream role.

While eating dinner last year with actor Nathaniel Stampley, artistic director Mark Clements asked him what he’d like to do next at the Milwaukee Repertory Theater.

“I told him that my private and secret wish was to play Don Quixote in ‘Man of La Mancha,’ ” Stampley recalled, during an interview before rehearsal for the Rep’s upcoming production of this 1965 classic.

Clements was clearly both surprised and delighted.  “Chad (Bauman, Rep managing director) and I were just talking about ‘La Mancha,’”  he said to Stampley.  “You sure you didn’t talk to anyone else about it?”  “I told him, ‘Mark, this is my first time sharing this with anybody other than family,’” Stampley replied.

Soon thereafter, the Rep announced that it had cast Stampley in this long-sought role.  And soon after that, the Marriott Theatre north of Chicago offered Stampley the same part, in a production that closed one week before Rep rehearsals began.

Stampley had wanted to play Quixote ever since fellow baritone Brian Stokes Mitchell appeared in the role in the 2002 Broadway revival.  Quixote would surely have approved of the way Stampley held onto his dream.  And he wouldn’t have been remotely surprised to learn that Stampley’s dream came true – twice over.

For more on this production, visit Milwaukee Journal Sentinel.