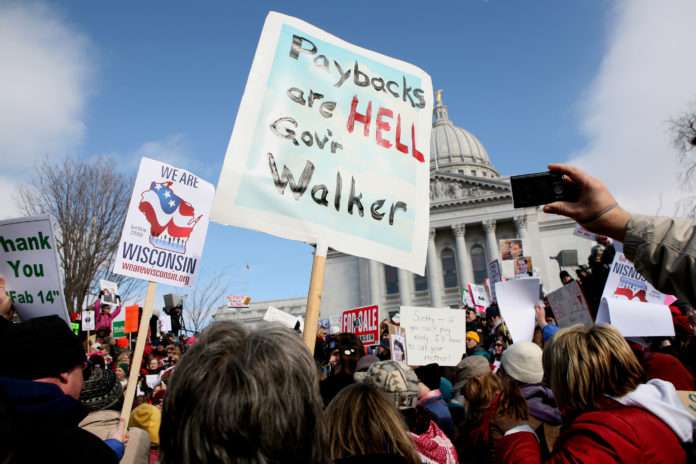 A massive amount of newly leaked emails from The Guardian showed exactly how much large, corporate Dark Money is tied to Gov. Scott Walker, his success in Wisconsin politics and specifically in his 2012 recall campaign.

A criminal investigation was launched into possible campaign finance violations, called a “John Doe” inquiry, but was stopped by the Wisconsin Supreme Court and his Republican allies on the court.

A decision to hear the case by the U.S. Supreme Court could come as early as Oct. 3.

The high court is scheduled to have a long conference in late September to review petitions. It could announce by Oct. 3 if it will take the case, but there is no guarantee of when exactly a decision will be made, saidRick Hasen, a professor at the University of California Irvine School of Law, who tracks campaign finance laws nationwide and writes theElection Law Blog.

“Sometimes a justice wants more time to consider a case, or is writing a dissent or a statement, and the case is put over to one or more subsequent conferences,” he said.

Hasen said it is not clear whether the newly leaked Doe documents published in the Guardian U.S. on Wednesday will make a difference in the justices’ deliberations, noting that they already have access to un-redacted petition, seeing summaries of evidence unavailable to the public.

For more on this, visit The Cap Times.