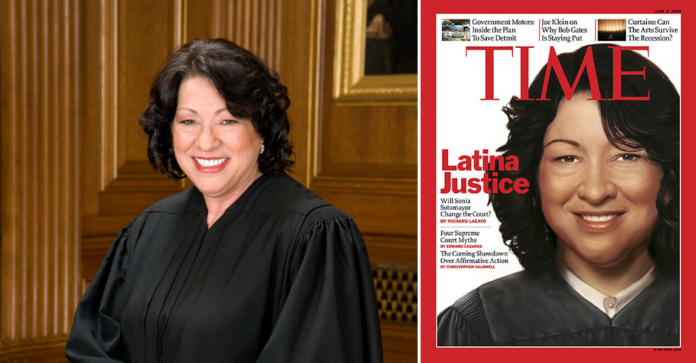 She spoke about being the first Latina woman on the court, how her past experiences have informed her decisions, and how each case impacts not only her but millions of Americans.

Serving on the U.S. Supreme Court has been both a blessing and a curse and reaching decisions is harder than she ever expected, Justice Sonia Sotomayor said Thursday during a visit to the University of Wisconsin-Madison.

The court’s first Hispanic justice told a packed campus theater that said she still marvels that she holds her position, noting she sits so close to the president at State of the Union addresses she can almost touch him. But the job comes with a heavy burden because every decision the court makes affects so many people and each ruling creates losers, she said, recalling moments in court where losing litigants have wept.

“I never forget that in every case, someone wins, and there’s an opposite. Someone loses. And that burden feels very heavy to me,” Sotomayor said. “I have not anticipated how hard decision-making is on the court. Because of that big win and lose on the court and we are affecting lives across the country and sometimes across the world, I’m conscious that what I do will always affect someone.”

Sotomayor spoke for about an hour and a half, wandering up and down the theater’s aisles and shaking hands with people as she answered questions from a pair of her former law clerks sitting on stage. She warned the audience that she couldn’t talk about pending cases and the clerks never asked her about the Senate refusing to hold a hearing or vote on Judge Merrick Garland’s nomination to replace the late Antonin Scalia as the court’s ninth justice. The clerks instead gave her general questions about her experiences and thought processes. She kept her answers just as general.

For more on her visit to UW-Madison, visit Fox News Latino.