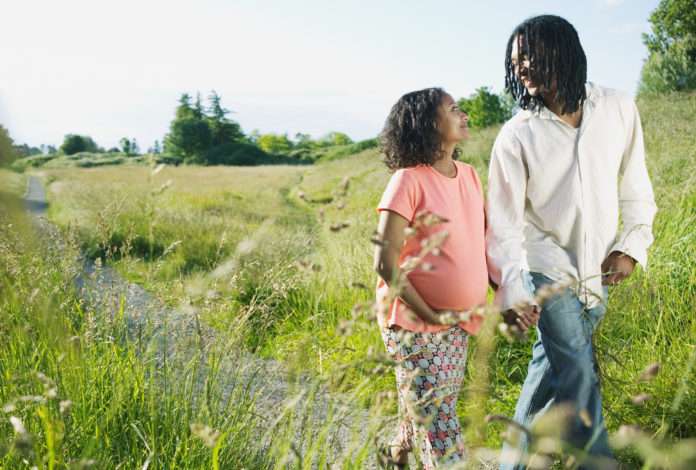 According to data released by the Milwaukee Health Department, Milwaukee has experienced African-American infants dying at a rate of three times that of white infants. Some of that is due to the conditions in which women of color experience care before, during and after their pregnancies.

Funding decreases from the state for programming that provides support for pregnant women and families, and programs that work to promote health and well being among women and families are being cut drastically.

Wisconsin Doulas of Color Collective is working to combat these negative statistics.

In the wee hours of the morning on July 1, 2015, Valencia Laws decided it was time to take a walk around Wilson Park. Her water had broken the night before and after eight hours of contractions she set off, accompanied by her husband and her doula, DeAnna Tharpe.

“There were people walking their dogs and I would have a contraction and have to stop,” she said. “They would be looking at me like ‘I don’t know if she’s supposed to be here.’”

But with Tharpe by her side, Laws knew she was exactly where she needed to be.

A doula provides emotional and physical support during pregnancy and birth, said Tharpe, CEO of the Wisconsin Doulas of Color Collective. “We are not medically trained but we do have CPR and NRP (neonatal resuscitation program] training. We are patient consultants and use oils and herbs for different conditions based on what the client wants.”

Formed in 2014, the Wisconsin Doulas of Color Collective offers “accessible and culturally sensitive support for pregnancy, birth and reproductive health experiences,” according to its website.

For more on this collective, visit Milwaukee Neighborhood News Service.