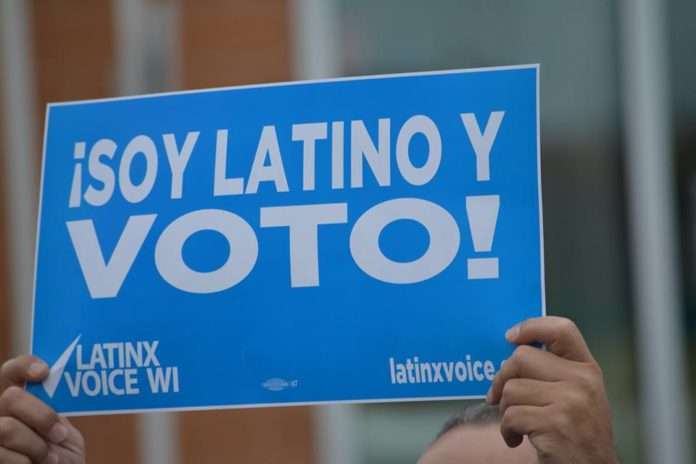 With less than two weeks to go before the November 8 election, an aggressive nonpartisan ad campaign was launched today by LatinxVoiceWI. This Get-Out-The-Vote campaign will continue to encourage voter participation in Latinx communities throughout the state of Wisconsin.

The campaign was launched in early October, but the latest spending of tens of thousands of dollars on radio, digital, and print ads will expand voter turn-out to impact an additional 11,500 Latinx voters.

“The Latino community it turning out, and we are going to surprise people this November,” said Rep. JoCasta Zamarripa (D-Milwaukee), who also voiced two ads. “Our people have been under attack, and the racism and sexism that has been unleashed by this year’s campaign is horrific. Our great nation deserves better, and by turning out the Latina vote, we are making it possible to build the community and country we want.”

Wisconsin’s Latinx population is the fastest growing minority population in the state and is expected to rise over the next several years. This 2016 election cycle has seen unprecedented attacks on Latino and African-American communities, especially in Wisconsin, with various restrictions on early voting, and voter ID concerns.

In previous presidential election cycles, Wisconsin has played a crucial role on a national level. In the 2000 and 2004 elections, fewer than 11,500 votes separated the Presidential candidates. Polling for 2016 shows close races for both President and U.S. Senate in Wisconsin.

“Latina and Latino voters want a government that works for everyone,” said Ald. José Pérez of Milwaukee, who voiced two of the radio ads. “We want a fair immigration system, affordable and accessible healthcare, a strong public education system and a strong and growing economy that creates good-paying jobs.”

Various progressive groups throughout the state like Citizen Action of Wisconsin are excited to participate in Get-Out-The-Vote campaigns in traditionally marginalized communities.