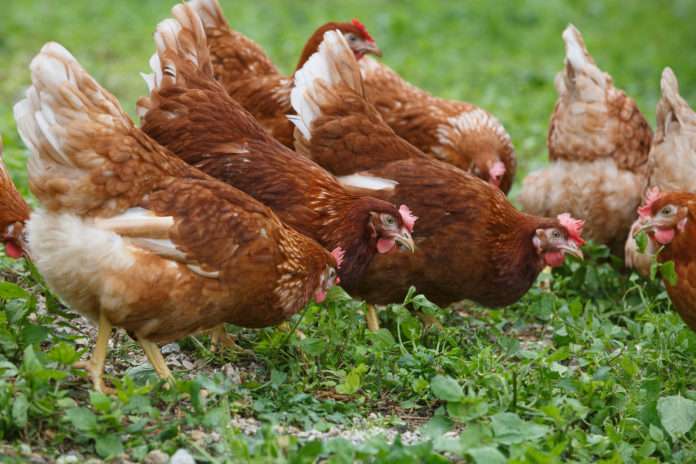 A plan proposed by Appleton Alderman Vered Meltzer calls for the allowing of residents in single-or-two family homes to raise up to four hens.

A similar proposal failed nearly four years ago, but if passed, Appleton would join Milwaukee, Madison, Green Bay and Neenah in allowing chicken-raising.

The debate over chickens in Appleton wasn’t cooped-up for long.

Less than four years after a similar proposal failed, an alderman has hatched a new plan to allow urban chicken raising in the city. The proposal by Alderman Vered Meltzer would allow residents in single-family or two-family homes to raise up to four hens. No roosters would be allowed. Residents would be subject to an inspection from the health department, and a neighborhood notification would be required.

“There’s really a huge demand for keeping chickens in Appleton,” Meltzer told city officials at a Board of Health meeting earlier this month. “I really feel chickens are growing as part of an urban presence and part of a healthy lifestyle that people long for.”

Shannon Kenevan, an Appleton resident who’s advocated for chickens in the past, said he hopes Appleton joins Madison, Milwaukee, Green Bay and Neenah in allowing chicken-raising.

“Most of the folks interested are really responsible, intelligent people who want to teach their children about healthy food, where our food comes from and have a pet with additional perks that typical pets don’t have,” Kenevan said.

For more on this proposal, visit PostCrescent.