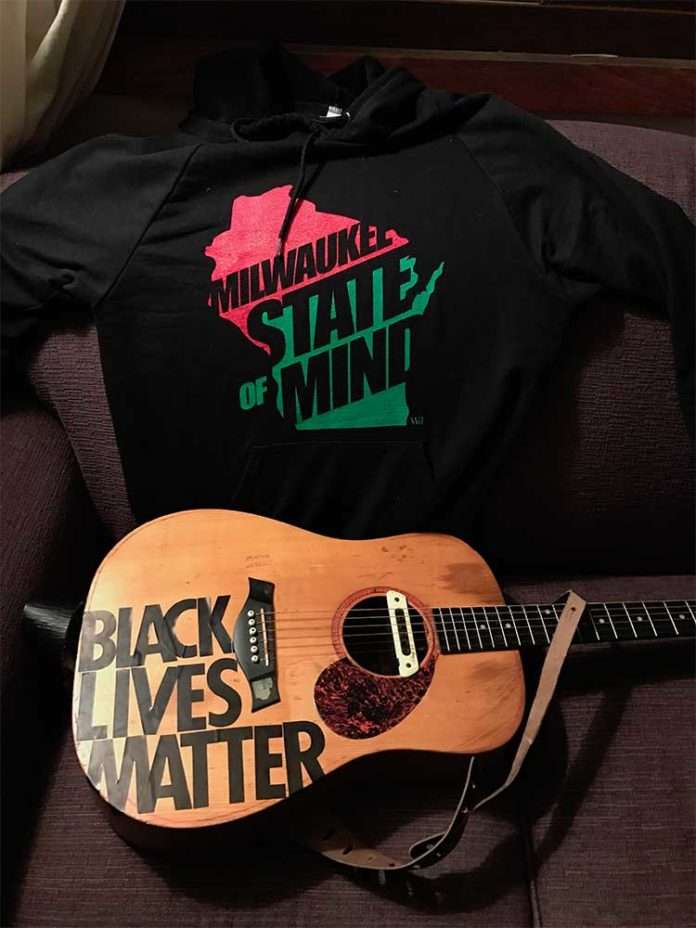 For the past several years, there has been growing interest on a national scale of high-profile shootings of unarmed Black and Latino people. In 2012, after teenager Trayvon Martin was shot and killed by George Zimmerman, #BlackLivesMatter was founded by Patrisse Cullors, Opal Tometi, and Alicia Garza. #BlackLivesMatter is a movement to bring justice and “build connections between Black people and allies to fight anti-Black racism, to spark dialogue and encourage social action and engagement.’

Milwaukee, widely known as a segregated city, has had it’s share of outrage of the killings of Black men too. In 2014, Dontre Hamilton was gunned down by a police officer at a park. The officer, Christopher Manney was never charged. This past summer, Sylville Smith was shot by an officer, sparking days of riots in outrage. The District Attorney still hasn’t made a determination if charges will be filed against that officer.

In response to these killings, several athletes and musicians have “taken a knee” during ‘The Star Spangled Banner’ to show solidarity with the #BlackLivesMatter movement. An artist took to center court at the Bucks home opener. Chris Porterfield adorned his guitar with the words BlackLivesMatter and played his set in a ‘Milwaukee State of Mind’ sweatshirt.

Christopher Porterfield loves America. And he loves the Milwaukee Bucks. So when the organization invited him to perform the national anthem on the season’s opening night, Field Report’s frontman was excited. But he had some reservations. Anthem protests are sweeping through the sports world, with athletes controversially taking a knee for “The Star-Spangled Banner.” Porterfield wanted to be sensitive to those feelings while performing.

The solution was to adhere stickers to his guitar that spelled out “BLACK LIVES MATTER.” And he played and sang while sporting a sweatshirt by Terrell Harris of Words & Images that read, “Milwaukee State of Mind” in traditional African colors.

Just last night, the Philadelphia 76ers prevented a young black woman from performing the anthem because she was wearing a “We Matter” T-shirt. So while local AM talk radio hosts clutched their collective pearls over Porterfield’s audacity, Milwaukee Record caught up with the man himself to ask where the idea originated, how the Bucks reacted, and what he’d hoped to accomplish with his actions.