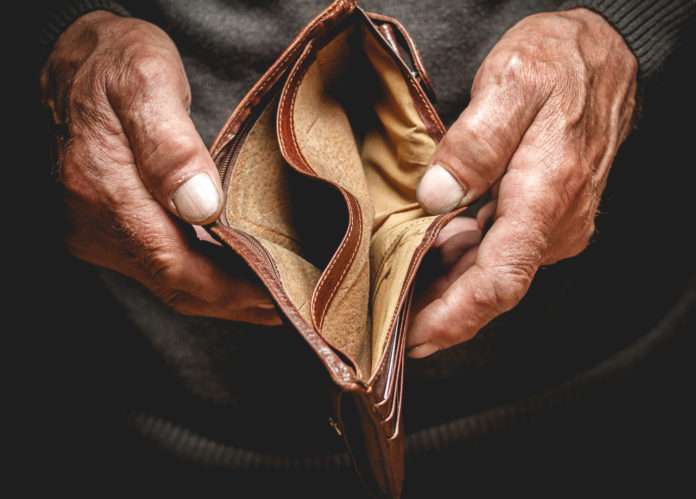 A new report published by 9to5 Wisconsin and the Coalition on Human Needs shows 678,000 Wisconsin residents live in uncertain economic times.

The report details how many live at or below the poverty level and also face an uphill battle with the rising costs associated with the basic needs of living such as rent, food, and childcare.

“The simple fact is, it is expensive to be poor in Wisconsin,” said Deborah weinstein, executive director of the coalition on human needs.

The report, The High Cost of Being Poor in Wisconsin, highlights the astronomical costs of living on the margins.

According to a press release, 9to5 Wisconsin State Director Astar Herndon, said, “It’s clear that anti-poverty programs are sound investments in Wisconsin and particularly for Wisconsin’s families with children. We must do all we can to lift up opportunity in our state. Like any sound investment, the more we put in, the more we get out. We need to strengthen anti-poverty programs and improve low-wage jobs to help Wisconsin families be able to make ends meet.”

Recently House Speaker Paul Ryan (R-WI) unveiled an anti-poverty agenda, called “A Better Way Forward: Our Vision for a Confident America.” The speakers agenda holds conservative values at its core. The agenda’s proposals call for the expansion of work requirements for those receiving federal assistance, and block grants money to the states to give states greater control on setting the level of benefits. This has led critics to fear a race to the bottom among states where basic needs for people living in poverty don’t get met. Critics also worry that by capping the block grants, Ryan will force states to continue to make cuts to benefits because Congress will underfund these programs.

Plans like Ryan’s are why so many Wisconsinites face double jeopardy and end up in unfavorable circumstances when government assistance programs aren’t doing enough.

In their report, 9to5 Wisconsin and the Coalition on Human Needs outlined recommendations to help Wisconsin improve the lives of people who need it most. These recommendations include increasing federal funding for housing and child care subsidies: expanding the Earned Income Tax Credit and Child Tax Credit: increasing SNAP benefits and benefits and improving  Child Nutrition programs while reauthorizing them; expanding health care coverage to low-income Americans by drawing down federal Medicaid dollars in the 19 states that have not done so;  a strong rule finalized from the Consumer Financial Protection Bureau to stop predatory lending; and raising the minimum wage and helping workers get more paid hours through paid sick days, paid leave insurance and more predictable hours.