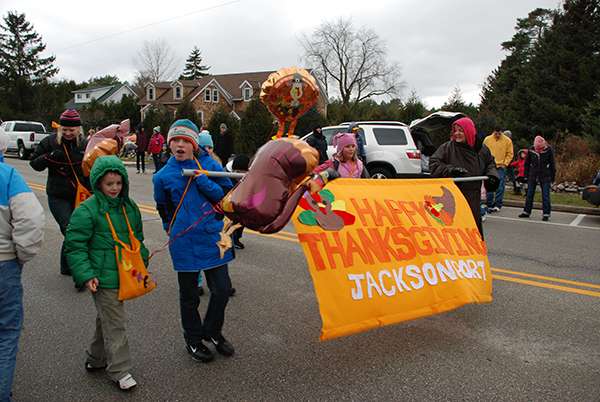 The iconic Macy’s Thanksgiving Day parade is one most people know of, but entering its 20th year is the 2nd largest Thanksgiving day parade west of the Mississippi River.

The fun, eclectic parade is held in Jacksonport, a small town in Door County, Wisconsin.

The Jacksonport Thanksgiving Day parade, organized by local residents, is also a benefit to support neighbors helping neighbors. In previous years, money raised has supported cancer patients and families in need of food and other household items.

The small parade encourages local participation and walking the short parade route along with a mix of fun floats, a Jacksonport fire truck and a color guard.

This year the parade steps off on November 24, 2016, from the Jacksonport Fire Station.