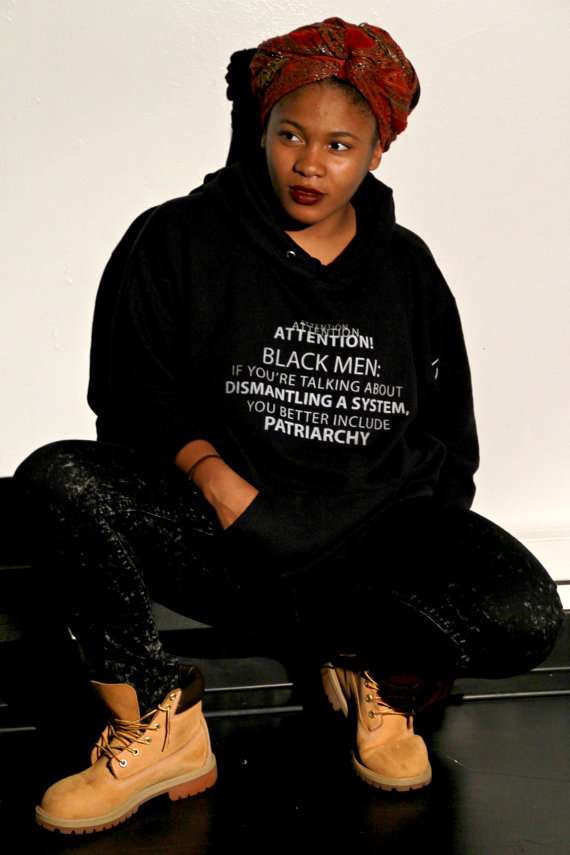 Amid several national news stories that bring to light racism, sexism and our country’s future, one UW Madison student is working to engage others in these difficult conversations, by way of his new clothing line.

Editor’s note: This article contains racially charged language that might be offensive to readers.

“University of Wisconsin sophomore and First Wave scholar Eneale Pickett is no longer saying, whispering or asking “Can I please be given access to this space?”

He is kicking down the door and getting into that space whether people like it or not.

Pickett, a Chicago native and elementary education major, has created a clothing line called Insert Apparel, which focuses on engaging people in critical discussions on the intersectional issues of race, gender and sexuality on campus.

The name of the brand comes from the idea that people should “insert” themselves inside serious discussions and find where they can apply themselves to a situation, Pickett said.

Some of the clothing features provocative messages such as “All White People Are Racist” and “If I Encounter Another Cop with a God Complex I’m Going to Have to Show the World That They Are Human.”

If these messages make you feel uncomfortable, then Pickett has succeeded in his mission.

His work is centered around generating diverse dialogues surrounding race, something that he said can be prompted by discomfort.

“For me, growth don’t happen in comfort,” Pickett said.

Initially, Insert Apparel was created in response to an incident this past March where a student was spat on and told that students on scholarships did not deserve to be at UW. This incident prompted Pickett’s first shirt, which read “Affirmative Action Didn’t Grant You Action to This Space.”

For more on his clothing line, visit Badger Herald.