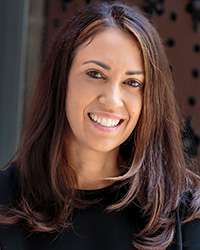 Hastad will retire June 30 and Stoelinga, who comes from the University of Chicago’s Urban Education Institute will begin July 1, 2017.

She told Biz Times, “It’s an honor. Becoming a college president has been a lifelong career goal for me. Becoming Carroll University president is humbling, and becoming the first female president is obviously wonderful. I’m thrilled.”

According to Biz Times

“Stoelinga said she plans to “continue to build on Doug’s (Hastad) legacy, particularly when it comes to his emphasis on expanding Carroll’s business and health sciences programs.

“He’s done a great job,” Stoelinga said. “It’s a privilege to follow such a strong and beloved leader.”

In her current role as director of the UEI, Stoelinga oversees 500 employees and a $46 million operating budget.

“Frankly, she just blew the search committee away when we interviewed her,” said Jim DeJong, chair of Carroll University’s presidential search committee. “We were so just extremely impressed with her ability to think strategically and bring insight into some of the challenges that face higher education.”

Read more about Stoelinga and this historic moment for Carroll University on Biz Times.