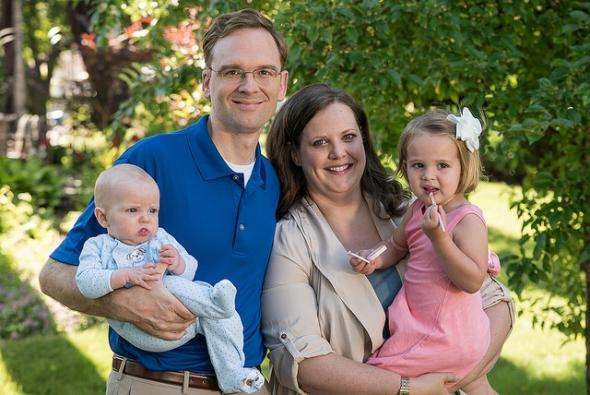 Election Day is just a few days away and Democrats are optimistic about the outcome because of the energy and efforts that have been placed into electing quality Democrats up and down the ballot.

A Democrat Tom Nelson is seeking to take the seat in the 8th Congressional District in northeastern Wisconsin out of the hands of Republicans. Tom Nelson has political experience as a state assemblyman and he’s been the Outagamie county executive since 2011. Nelson’s opponent is Republican and former U.S. Marine Mike Gallagher.

Tom Nelson is a lanky 40-year-old who, by all accounts, dotes on his two young children.

His day job has long been in state politics before becoming Outagamie county executive. But now he’s looking to take the 8th Congressional District seat out of Republican hands.

At a recent Hillary Clinton rally hosted by Clinton’s daughter, Chelsea, Nelson took the stage and told a crowd of hundreds that he initially didn’t think he would enter the race.

“Back in February or so, when Congressman Ribble said he wasn’t going to run, I turned to my wife, Maria, and asked her what she thought,” Nelson said. “Before I could say anything, she said, ‘No.'”

A lot has changed since February.

For more on this race, visit Wisconsin Public Radio.