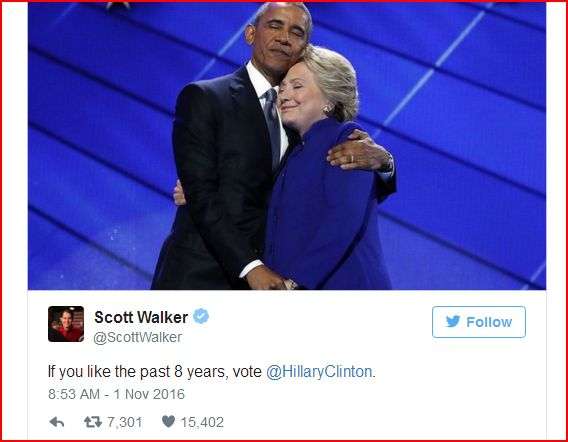 Since Donald Trump’s campaign continues to fall apart because of his personal attacks and insults towards minorities and women, many Republican leaders have put their support between Democratic Presidential nominee Hillary Clinton.

A tweet sent from the @ScottWalker account for the Wisconsin Republican Governor, endorsed Hillary Clinton. The original tweet quickly went viral, becoming the laughing stock of Twitter, as many users replied with their support for Hillary Clinton and dislike for Gov. Walker and his Republican allies.

The original tweet has since been deleted, and new tweets using the same photo are attacking Democrats for failed policies.