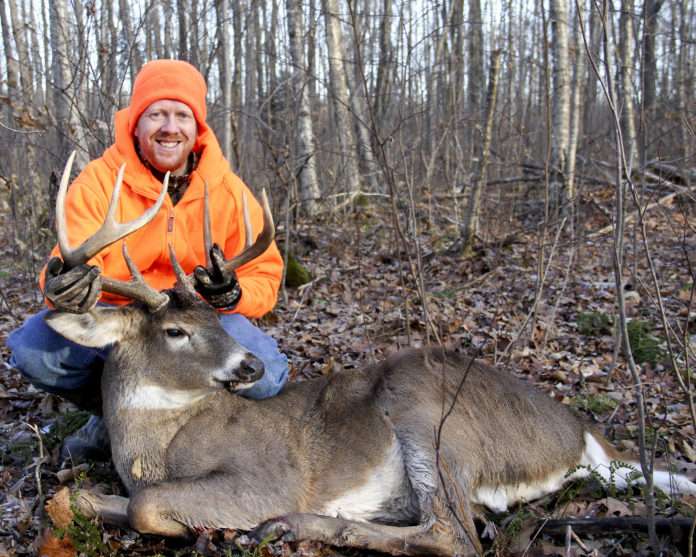 On Saturday Nov. 19, 30 minutes before sunrise thousands of Wisconsin hunters will converge on our precious public lands to begin the nine-day gun deer season.

This season is classic in Wisconsin. Wisconsin has the highest number of hunters in the country. The gun deer season in and of itself is a $1.4 billion industry, which adds to the robust economy that our public lands provide.

Every year, Wisconsin residents use our great public lands to hunt, fish, hike and to just enjoy our natural resources, like our parks and trails.

But this year, Wisconsin’s precious public lands have been under attack by an aggressive anti-public lands agenda that was adopted and pushed by the GOP majority.

This attack calls for public lands funding to be shifted to the states and not retained at the federal level. Many states, including Wisconsin, aren’t equipped to handle the enormous costs that are associated with public lands, including fighting wildfires, maintaining roads and trails, conducting research and restoration on thousands of acres of public lands.

Annually, Wisconsin’s outdoor recreation industry is a $12 billion industry. The GOP agenda further proves the importance of protecting our public lands, not only for Wisconsin’s nine-day gun deer season but all year round.

To provide support and guidance to the hunters who will be navigating the public lands spaces throughout the state, the Wisconsin Department of Natural Resources is offering an atlas to guide hunters who don’t have a private area to hunt on. The atlas gives access to all DNR properties as well as federal and county lands.