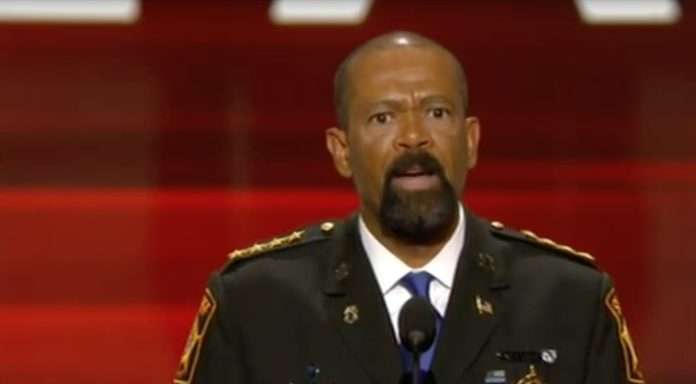 The outspoken Democrat, who proudly supported Trump during the election season is reported to be a possible nominee to lead the Department of Homeland Security.

Clarke has been very outspoken in the national media about Black Lives Matter, law enforcement and Hillary Clinton.

According to the Milwaukee Journal Sentinel:

“The sheriff has nothing to say,” Clarke’s spokeswoman, Fran McLaughlin, said Friday when asked to confirm Monday’s meeting.

When asked earlier this month if he expected a role in the Trump White House, Clarke told radio host Joe Pags: “I don’t expect anything, I don’t have an entitlement mentality. I told Donald Trump I wanted to help him, because I thought that this country needed his leadership. That being said, if the president asks you to serve, you step up to fulfill that duty. So if he feels that I can help him and he calls on me, sure I’ll accept it, but I’m not expecting anything.”

In his upcoming memoir, Clarke has called for an overhaul of the nation’s homeland security program, writing that American citizens suspected of being terrorists should be treated as “enemy combatants” who can be questioned without an attorney, arrested by authorities and held indefinitely.