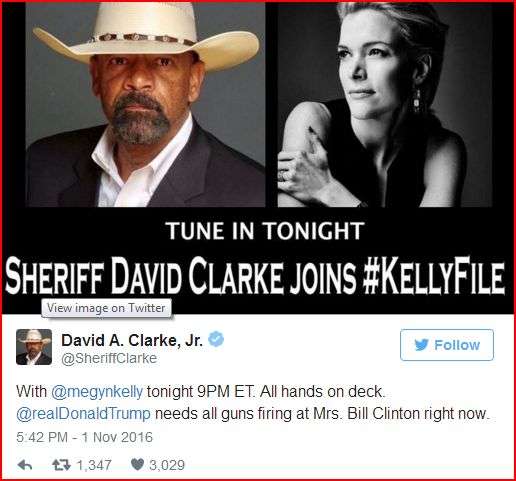 And this Presidential election has seen its share of controversy – some of which Clarke himself has contributed to.

Wisconsin has been a hot bed of political fury for months and Clarke, a loud and loyal Donald Trump supporter made an appearance on a cable news show recently adding fuel to the fire. He tweeted his disdain for Trump’s opponent, Hillary Clinton. His tweet can easily perceived as a threat against her life.

This isn’t the first time that one of Sheriff Clarke’s tweets in support of Trump received heavy criticism. Several weeks ago, on Saturday October 14, Clarke tweeted “it’s pitchforks and torches time.”

Clarke has yet to respond to media about his comments on October 14.