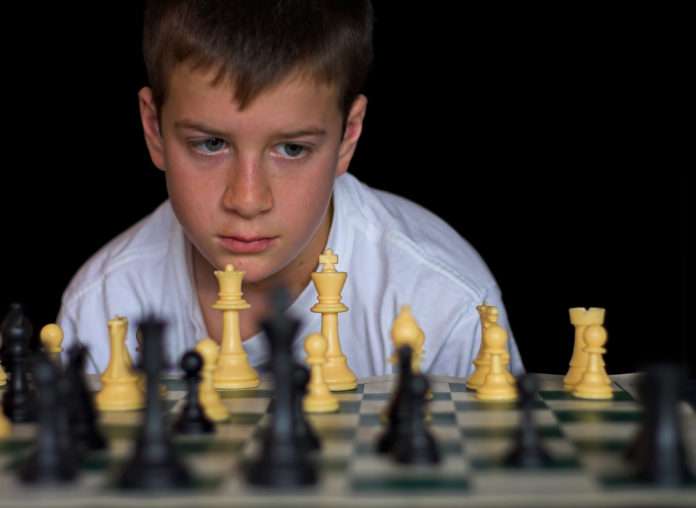 Recently, students from 65 schools across Wisconsin participated in the Wisconsin Scholastic Chess Federation tournament. The Federation works closely with chess clubs in schools, churches and in community groups across the state to teach children lifelong problem solving skills.

Jayden Martinez, a fifth-grade student at Escuela Vieau, 823 S. 4th St., was bursting with excitement at 3 p.m. on a recent Saturday.

Jayden, 10, spent the entire day playing chess at the Wisconsin Scholastic Chess Federation tournament at Siloah Lutheran School, 3721 N. 21st St., along with five of his classmates from Escuela Vieau and 65 other students from chess clubs in the Milwaukee area and beyond.

Students in grades K-3 played in the primary division, and grades 7-12 competed in the senior division.

The Wisconsin Scholastic Chess Federation, which works with chess clubs at schools, churches and community groups around the state, promotes the game through programs such as chess schools, Chess in the Parks, scholarships and tournaments.

“Chess changes kids behavior and gives them self-esteem. It teaches them a new way of thinking,” said Bob Patterson-Sumwalt, executive director of WSCF. He founded the organization in 2004.

Chess teaches children “not to react to their first instinct and rather to look for multiple options,” Patterson-Sumwalt said. “If they do that it’s going to change how they approach problems their whole life.”

“In chess, you can’t do the first good idea that comes to your head. You have to slow down and think a couple moves ahead,” she said. “Because of that I think my girls are pretty calm and more thorough-thinking about consequences.”