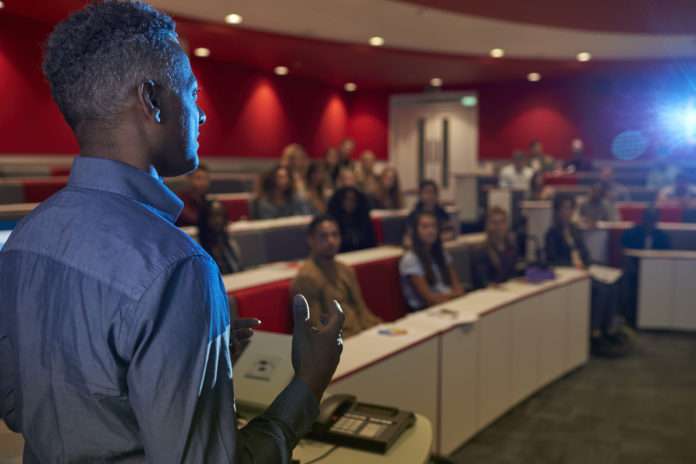 The strenuous relationship between UW-Madison and state legislators has only intensified with a new course offering at the university called, “The Problem of Whiteness.”

Some lawmakers have threatened to pull funding from the university if the course is not canceled. One lawmaker in particular, Rep. Dave Murphy of Greenville told the Milwaukee Journal Sentinel, that he directed his staff to scour the school’s other course offerings to make sure “they’re legit” and that the professor teaching the course, Damon Sajnani, should be dismissed.

Murphy happens to chair the Assembly Committee on Colleges and Universities. Murphy said of the course, “We are adding to the polarization of the races in our state.”

Murphy continued to threaten funding to the school, “I don’t know how the university can expect the taxpayers to stand with UW-Madison.”

According to the Milwaukee Journal Sentinel, the university is standing by the professor. UW-Madison has had several incidents of racism on campus and is pushing new diversity initiatives and training for students and staff.

The new course “will benefit students who are interested in developing a deeper understanding of race issues. The course is a challenge and response to racism of all kinds,” the university said.

As for Sajnani’s postings on Twitter, UW Provost Sarah Mangelsdorf said in a statement Tuesday that UW supports the First Amendment rights of its students, faculty and staff, “including their use of social media tools to express their views on race, politics or other topics, in their capacity as private citizens.”

But she noted that incitement of violence is not consistent with UW’s values and she called for everyone in the university community to “elevate their level of discourse.”

For more local coverage on this course and tension with lawmakers, visit Milwaukee Journal Sentinel.