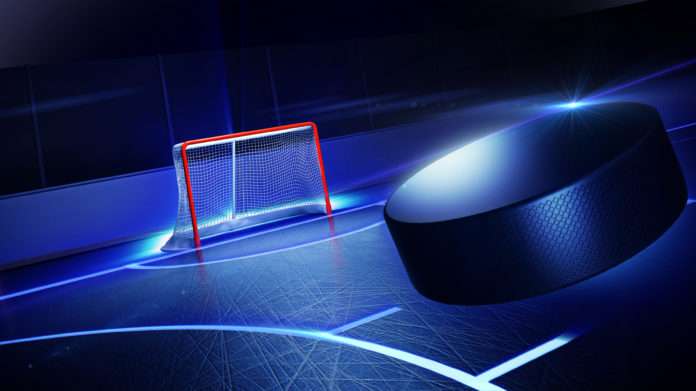 Now Eaves finds more peace on the lake with his family and a new school.

He now coaches at St. Olaf College, a liberal arts school in Northfield, Minn. While still in Madison, the Eaves family would enjoy summers at the cabin on the lake, but now they are living there full time because of its proximity to St. Olaf.

Working at St. Olaf has also allowed Eaves to spend time each day with his oldest son, Ben, who was hired as an assistant and strength and conditioning coach for the Oles. When Ben was hired, an informal conversation was had regarding whether Mike would consider joining the staff as head coach.

“That’s been a blessing,” Eaves said of working with his son. “You see this office, it’s 10 (feet) by 12; he sits right there and we’re able to see each other every day. Together, we’re trying to create something here and a culture here. That’s been really fun.”

“I sit around all day and I’m doing hockey things,” the older Eaves said, “and when I get on the ice, I’m ready to go. But these kids are coming from neuroscience class, and chemistry class, and econ class and they’ve got so many other things going on.

“I’ve had to adapt to what they’ve got going on.”

Eaves may be more demanding than the players anticipated when they chose to be Division III athletes at the academically challenging school, but that’s all part of the excellence the school is striving toward.

“St. Olaf College prides itself on excellence,” athletic director Ryan Bowles said. “We want to provide a great experience for student-athletes. We think winning and competing is a part of that and that’s what we hope and expect Mike to bring in for us.”