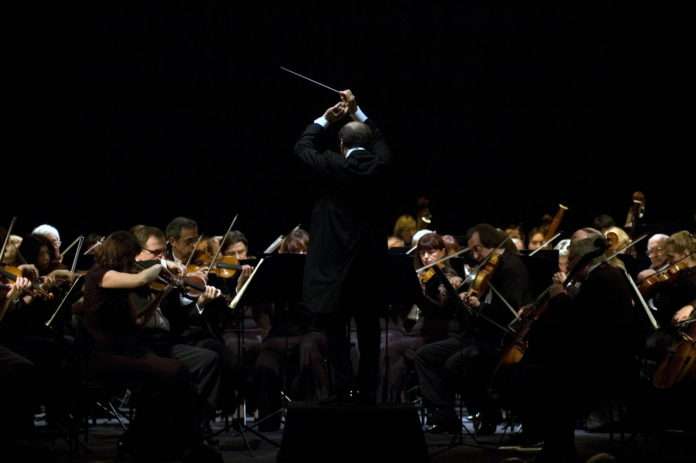 Today the Milwaukee Symphony Orchestra (MSO) confirmed that an anonymous patron donor is leading an initiative to explore the possibility of acquiring the former Warner Grand Theatre building on West Wisconsin Avenue.

According to a press release, “The MSO is the only major orchestra in the United States without control over its own performance venue,” said Mark Niehaus, president and executive director of the Milwaukee Symphony Orchestra. “We have made many improvements to our financial and operating model; however, without control of our venue these improvements simply will not be enough. We are tremendously humbled and grateful that our donors are leading the charge to not only secure the MSO’s future, but to also make an indelible impact on the cultural vision of our community.”

The City of Milwaukee is on board with that. Milwaukee Mayor Tom Barrett said, “The heart of Milwaukee is in the midst of an extraordinary renaissance. The size, scale and impact of the many developments underway will be transformative for both downtown and the vital surrounding neighborhoods.”

The MOS is a vital contributor to the economy, with studies showing a quantifiable economic impact of more than $39 million per year.

Should this initiative more forward, more than half of the anticipated total cost has already been secured by those who are invested in ensuring Milwaukee maintains – and grows – a world-class symphony orchestra.

Over 100,000 patrons annually come to downtown Milwaukee for MSO concerts.

“the phrase we hear most often from potential donors is that this will be a ‘game-changer’ for the MSO and for the broader performing arts community,” said Andy Nunemaker, chair of the MSO Board of Directors and CEO of Dynamis Software Corporation.