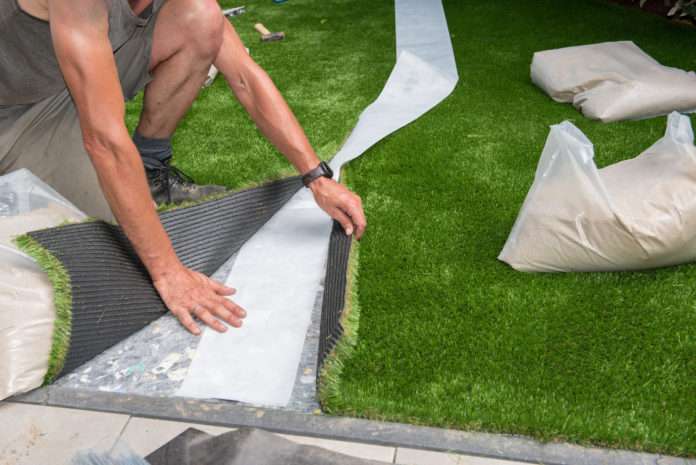 FieldTurf makes artificial sports turf for the NFL and small towns across the country. A new report shows they continued to sell turfs that its executives knew were falling apart faster than expected. Executives stressed there is no risk to player safety.

According to Green Bay Press-Gazette and the Associated Press:

The country’s leading maker of artificial sports turf sold more than 1,000 fields to towns, schools and teams nationwide after its executives knew they were falling apart faster than expected and might not live up to lofty marketing claims, according to an investigation by a news organization.

Montreal-based FieldTurf said that the turf it began selling in 2005 was revolutionary for its “unmatched durability” and that it would last a decade or more. But records obtained by NJ Advance Media show that as early as 2006, key FieldTurf executives became aware the turf, known as Duraspine, was cracking, splitting and breaking apart long before it should, and long before the public had been promised.

FieldTurf — a division of publicly traded French flooring maker Tarkett — said it never misled or defrauded customers and called such claims “completely false.” The company stressed that the problem does not compromise player safety.

For more on this report, including the state-by-state list of affected fields, visit Green Bay Press-Gazette.