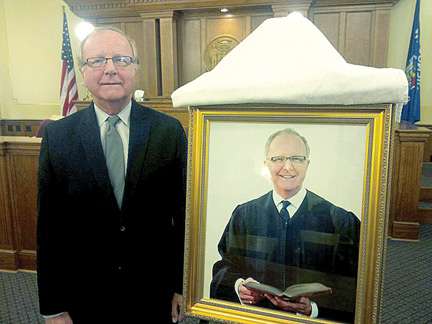 Robert Kinney resigned today from the watchdog group created to replace the Government Accountability Board. The Wisconsin Ethics Commission, created by the Republican-controlled legislature and Gov. Walker began on June 30. The GAB was part of the Walker investigation and conservative groups spending. It was deemed unconstitutional by the state Supreme Court.

The new Commission is comprised of an equal number of Republicans and Democrats. Walker appointed Kinney to lead the commission.

In his resignation, Kinney cited that some members of the commission lacked commitment to the mission and that the group was too secretive.

Kinney, a state reserve judge, announced his resignation in a statement to the Wisconsin State Journal Monday morning.

The scathing statement depicts the new commission, created by Republican lawmakers and Gov. Scott Walker last year to replace the Government Accountability Board, as riven by infighting among commissioners.

Kinney also describes some members of the six-person commission as lacking commitment to its core mission: acting as the state watchdog of elected officials by enforcing ethics, campaign finance and lobbying laws.

For on his resignation, visit Wisconsin State Journal.