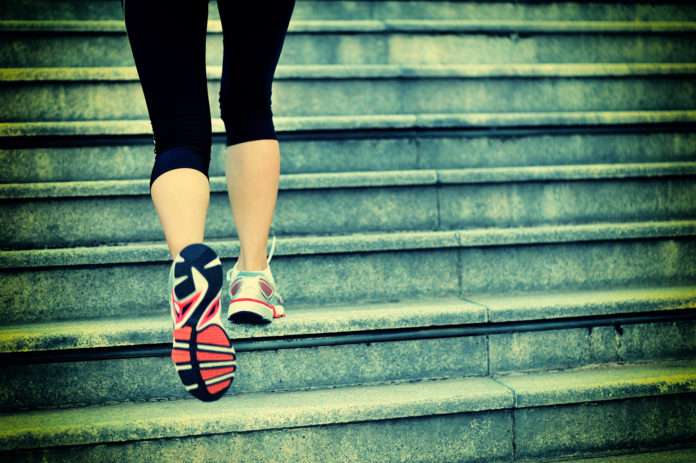 The American Lung Association is hosting its Fight For Air Climb in downtown Milwaukee on Saturday, March 18, 2017. The estimated 3,500 participants have quite the challenge.

Participants raise money and awareness for lung disease and breathing problems, by climbing the 1,034 stairs – all 47 floors of the U.S. Bank building – the tallest building in the state of Wisconsin. In 2016, the fastest climb was 5:32, the average climb time is 13:29.

There are 52 Fight for Air events are held nationally, but Milwaukee Climb remains the #1 Fight for Air Climb in the nation, both in terms of the number of participants and in dollars raised for this unique challenge. Last year the Milwaukee Climb raised close to $700,000 for the fourth year in a row.

According to a press release, the goal for this year’s Climb is $725,000 to be raised through both corporate sponsorships and individual fundraising.

“The Fight for Air Climb in Milwaukee is one of the premier events in our state, not only in terms of fundraising and participants, but also in terms of energy and commitment,” said Paul Nobile, president of Anthem Blue Cross and Blue Shield in Wisconsin. “Anthem Blue Cross and Blue Shield is proud to be the presenting sponsor of the 2017 Fight for Air Climb and we look forward to welcoming new and returning climbers, as well as their friends and family members, to the event on March 18.”

The money raised is used to fund research and cure lung cancer and lobby for healthy air. All Climbers pay a $25 registration fee and then raise an additional $100 with fundraising activities. To register for the March 18 climb at the US Bank Center in downtown Milwaukee or find more information, go to www.fightforairclimb.org.