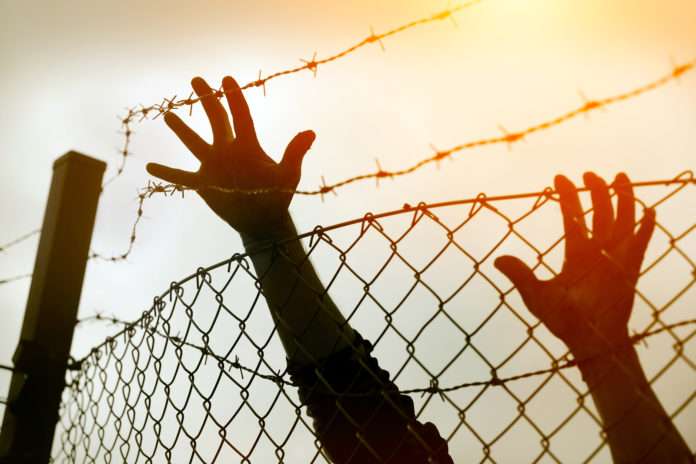 Amid confusion with President Trump’s Muslim-majority ban, Wisconsin’s resettlement agencies from Milwaukee to Sheboygan are in a holding pattern about what to do about the travel plans of refugees who were scheduled to arrive in the United States within the next 120 days.

Mary Flynn leads the resettlement program of Lutheran Social Services told the Milwaukee Journal Sentinel, “Right now, we are in limbo.” The people from the Muslim-majority countries that Trump has banned from entering the United States for are facing genocide and torture. Trump’s executive order is rooted in fear, racism and Christian-white-supremacy ideology.

Flynn said more than 75% of the 510 individuals LSS was cleared to resettle in 2017 will likely be affected by the travel ban.

“We are just continuing to do our job on a daily basis as best we can,” said Flynn, who is hopeful that some provisions will be softened in the coming weeks.”

“It’s important to take it day-by-day, at least for this first week,” she said. “It could possibly look a little differently each day than it did at 3:30 on Friday.”

Trump’s ban, issued Friday, suspends the U.S. refugee program for 120 days and bans indefinitely refugees from seven Muslim-majority countries: Iraq, Syria, Iran, Libya, Somalia, Sudan and Yemen. In addition, it bars citizens of those countries from traveling to the United States for 90 days.

The edict prompted protests across the country by critics who deride it as un-American and unconstitutional and liken it to the decision by U.S. authorities to reject Jewish refugees during World War II, sending many of them to their deaths in the gas chambers of Germany.

Faith leaders voiced their opposition at a morning news conference at the Muslim Resource Center in Greenfield, and the local Jewish Community Relations Council issued a statement condemning the ban, as well a move by the Trump Administration to bar federal funding for so-called Sanctuary Cities, which refuse to cooperate with federal authorities in detaining refugees.

“Throughout our history, the United States has been a beacon of hope for persecuted people,” the council said. “This action is troubling not only because of its treatment of immigrants and asylum seekers but for its effect of instilling fear and insecurity among existing immigrant communities.”