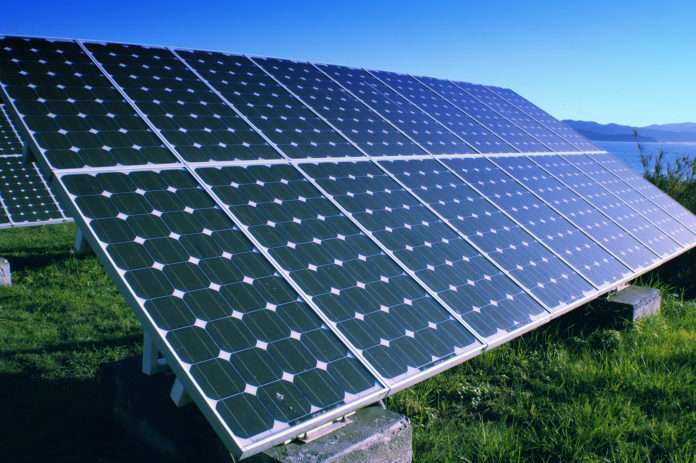 Major investments by large corporations, and more project installations, led to 2016 being the best year Wisconsin has seen for solar energy.

Across the state, which had 25 megawatts of solar power installed at the start of the year, projects exceeding 30 megawatts started construction last year. The new projects, once fully online, will be capable of powering about 5,000 homes.

That’s nearly five times as much development as took place in 2015 as utilities, businesses and homeowners responded to falling solar prices.

“Wisconsin solar energy saw its best year ever in 2016, with the projects installed and under construction more than doubling the state’s total production,” said Tyler Huebner, executive director of Renew Wisconsin, a clean energy advocacy group based in Madison. “But we can’t stop here, because our neighboring states are growing even faster than us.”

Among the biggest solar projects to be highlighted at a renewable energy policy summit on Thursday in Madison include Dairyland Power Cooperative’s multi-site project that’s actually a series of solar fields across western Wisconsin.

When Dairyland put out a request for proposals last year for up to 25 megawatts of solar, the response was strong and competitive, said chief executive Barbara Nick, a keynote speaker at Thursday’s policy summit.

The power cooperative ultimately decided to move forward with 12 projects scattered around Wisconsin at the site of its local member electric cooperatives. And then the local coops were given the chance to build their own community solar projects alongside the big one.

“It’s a real story of Dairyland doing what the communities want,” she said.

Nine cooperatives ended up building their own solar projects totaling 2 megawatts, with the economics just as favorable as for Dairyland for its move to add 19 megawatts.

Read more on how solar projects have grown in Wisconsin at Milwaukee Journal Sentinel.