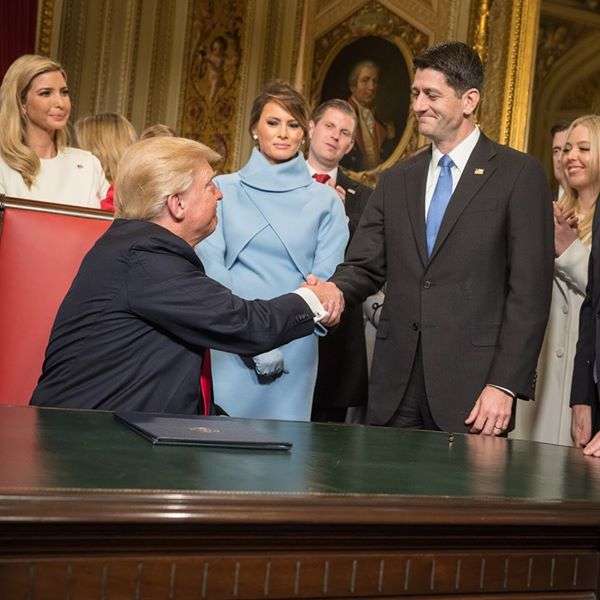 Speaker Paul Ryan (R-Wisc.) is riding on the week-long-wave of an unhinged President Trump. The Wisconsin Republican leader of the House isn’t listening to anyone about rushing upending of the health care that so many Americans depend on.

In a statement today Ryan reaffirmed the House Republican’s plan and Trump’s campaign promise, by saying the House is moving forward with steps to repeal and replace the Affordable Care Act, which the Republicans pejoratively call Obamacare.

The first step seems to be that later this week the Energy and Commerce Committee will hold a legislative hearing on four specific bills related to the 2010 health care law. Chairman Greg Walden (R-OR) told CNN‘s Jake Tapper, “We want to make sure that people with pre-existing conditions continue to get covered. In fact, I’ll introduce a bill next week that will provide and reaffirm that commitment from Republicans.”

“That’s why Republicans are focused on repealing Obamacare and replacing it with a patient-centered system – one that prioritizes affordability, quality, and choice. Because being forced into something by the government is the last thing a patient needs when working with his or her health care provider. We invite Democrats to stop with the scare tactics and start working with Republicans to give American individuals, families, and businesses the relief they need and the care they deserve.”

Paul Ryan must have a short memory because every step of the way Republicans set out to block former President Obama on creating this law. And in recent weeks, Ryan has lied in town halls and shut down his phone lines in response to calls and actions in support of the ACA – a law that has helped 20 million Americans receive health coverage.