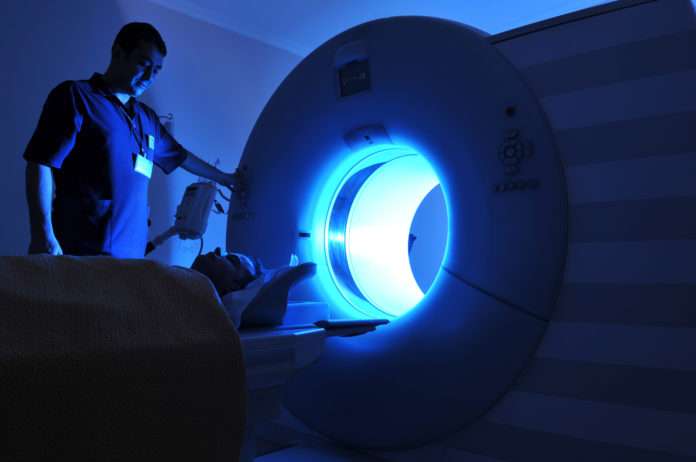 Imagine being 30-years-old and knowing your time is limited on this earth. That’s the reality that Emily Thornburg lives with everyday. She was diagnosed with an aggressive, incurable cancer — osteosarcoma.

She’s finding solace in her cat, that she adopted a year ago and also her oncologist who encourages her to live in the present.

The Milwaukee Journal Sentinel reports more on this incredible story

She’d never seen such a tiny kitten. She also was attracted to his constant meowing. So much meowing from this tiny, tiny animal.

When she opened his little cage, he leapt into her lap and, well, that was that. She put Derek in her jeep with the Bernie Sanders sticker on the back and brought him home.

Derek stretches out in the sunlight while Emily pulls on her coat and wraps a scarf around her neck. She’s already wearing a knit cap. Under the gray cap, a red Mohawk. Her hair fell out during the chemotherapy, and having decided to put a premium on being brave, Emily went with the Mohawk as it grew back in.

The chemo was awful.

It sickened her stomach, ulcerated her throat, and did almost nothing to reduce the tumor. Surgeons at Aurora St. Luke’s Medical Center removed it, along with most of her knee, part of her thigh and a little of her calf. They replaced the bone parts with a prosthetic, which you may or may not notice but for the 2-foot scar down the front of her leg.

The cancer has since spread to her lungs and is untreatable in any conventional way. She recently had some scans done on her lungs, and she leaves Derek to doze on the couch while she drives to St. Luke’s to meet with her oncologist.

Emily, who is 30, wants to review the scans with him and get a clearer idea of how long she can expect to live.

For more on Emily’s will to live, visit Milwaukee Journal Sentinel.