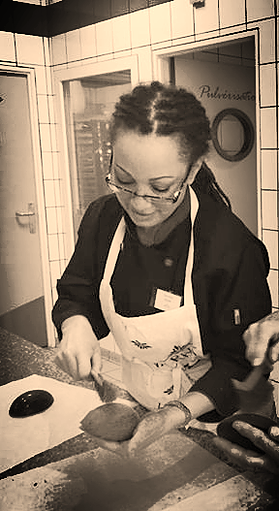 MADISON – Women of color are becoming one of the fastest growing segments of business owners, according to Forbes.

Madison native, Vata Edari is one of them. Lawyer and now business owner, has had some high-profile cases, including the one involving the stolen Stradivarius violin.

Despite her success in the court room, Edari has faced discrimination, because she’s a woman and a woman of color.

“I’ve tried huge cases, I’ve handled major white-collar prosecutions…and when you’re a woman, and a woman of color, you’re kind of veiled, cloaked with this veil of incompetence,” Edari told WKOW. “It burns you out. As stressful as it is to run my own practice, to own my own chocolate company…I have the opportunity to invent myself.” There’s still more work to be done though. Forbes says businesses owned by minority women have only made about half of what those owned by white women do.

Another facet of Edari’s switch was secondary trauma. Secondary trauma is when the trauma of others ends up becoming your burden too. It’s common for police officers, lawyers, case workers, and even journalist. “We’ve got a very high rate in our profession of substance abuse, of depression. I mean, our jobs are to hold people’s secrets,” said Edari. “It’s no t like what I do is, you know…dinnertime conversation for my kids. My job is to keep people’s secrets, so you need an outlet. So mine is chocolate.”

Chocolate has helped Edari heal from some of that trauma. She makes a yellow heart-shaped caramel in honor of a case she handled where a baby had died from shaken baby syndrome. “That was inspired by little baby Mia. Whenever I see that, I think of her. It’s one of those things that I know, but not everybody else knows,” said Edari. “There’s great affection that went into that little piece.”

Edari got her training as a chocolatier in France, and plans to head to Italy to continue her chocolate education. For more information about her business CocoVaa, check out her website.