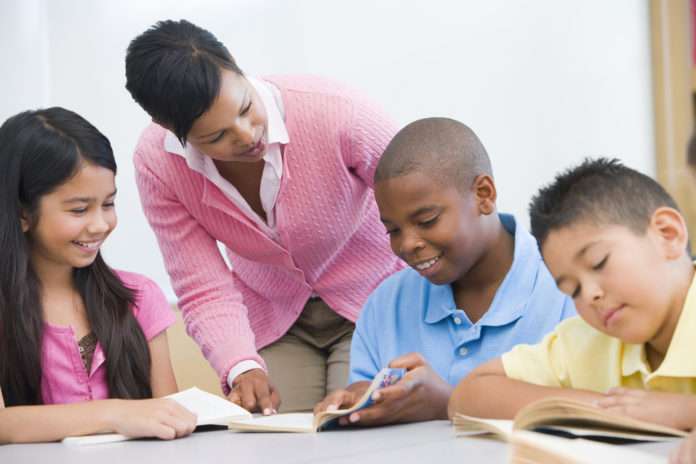 MILWAUKEE – Walter T. Bond has been named the next executive director for Teach For America-Milwaukee effective March 1, 2017.

Bond will be responsible for stewarding a network of more than 600 Teach For America corps members and alumni, overseeing daily regional operations, building community partnerships, and cultivating private, public and foundation support in the community where he grew up and attended school. In this new capacity, Bond, who currently serves as chief of staff for Teach For America–Milwaukee, is poised to further the organization’s work expanding access to excellent education opportunities for every child in greater Milwaukee.
“I’m thrilled to enter this role at such a critical time for our city, alongside an incredible team who carry an unyielding belief in our students and the importance of their leadership,” said Bond. “Nothing matters to me more than the fight for educational equity and, toward that end, I’m eager to lead Teach For America–Milwaukee through its next chapter, in genuine partnership with schools, families, and the broader Milwaukee community.”
As chief of staff, Bond has established dozens of community partnerships, contributed to building a solid and diverse staff and leadership team, and helped the region to pilot local recruitment initiatives. Bond is a native of the Sherman Park neighborhood and a proud graduate of Washington High School. He attended Marquette University, where he received a Bachelor of Arts degree in political science and philosophy, before joining Teach For America in 2009. For five years, he was a teacher and administrator at Anacostia High School in the Southeast neighborhood of Washington, D.C. During that time, he received a Master’s of Education from George Mason University. Bond returned to Milwaukee in 2014 to join Teach For America—Milwaukee staff to expand access to excellent learning opportunities for children in his hometown.

Current executive director, Garrett Bucks, was the founding leader of Teach For America–Milwaukee from 2009 to 2011. Since returning to the role in 2014, Bucks has successfully cultivated a strong and diverse team of staff members and engaged community of corps members and alumni who are deeply committed to education equity in Milwaukee, while implementing an intentional succession plan. Under his leadership, Teach For America–Milwaukee has consistently yielded high levels of satisfaction for its corps member, staff, and alumni experiences.

“For the past three years, my greatest commitment has been to ensure that this team is not only strong today, but will remain strong for kids in the city well into the future,” said Bucks. “Getting to work alongside Walter and partner with him on the succession plan has been an amazing fulfillment of the vision. It’s such an honor to leave the region in such a great place.”

“Garrett has made thoughtful long-term investments in cultivating an incredible leadership team and identifying TFA-Milwaukee’s next leader with deep local ties and a commitment to our students, while building a great network of corps members and alumni,” said Paul Purcell, chairman of Baird and co-chairman of Teach For America–Milwaukee’s regional advisory board. “Walter’s first-hand understanding as a student in local schools, professional experience, training, and passion for culturally responsive pedagogy will help Teach For America–Milwaukee to attract and develop even more locally-centered leaders.”

Prior to returning as executive director, Bucks served as the chief culture coach for Teach For America, where he worked to coach executive directors in creating great community amongst the organization’s corps members, alumni and staff members to foster collective action for educational excellence. As he steps down as executive director, he will return to similar responsibilities coaching and consulting on projects within and outside of Teach For America, with an emphasis on organizational culture, team, diversity, and equity.

This year, 130 Teach For America corps members are teaching in more than 60 public schools in Milwaukee. These teachers are reaching 6,000 students while more than 500 alumni in Milwaukee are working from every sector to level the playing field for students in low-income communities.

For more press releases from Teach For America, visit the site.