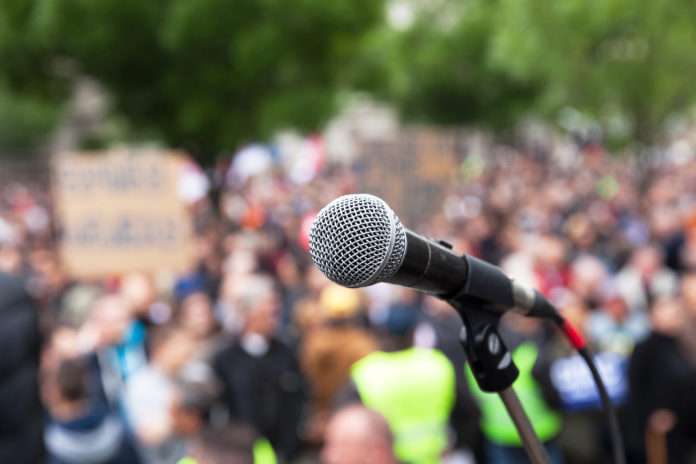 KENOSHA- Since Rep. Paul Ryan refuses to actually meet with his constituents, hundreds of his constituents held a listening session without him. Ryan refused to attend the in-person session but through a spokesperson said, constituents can get their opinions heard by the congressman in a variety of ways, including phone calls, faxes, email, electronic town hall meetings and visits to his offices.

“It says a lot to me that he’s not here,” said Lee Hansen of Racine, who served in the 82nd Airborne in the 1970s. “Maybe we should repeal and replace Paul Ryan.”

For more on the listening session without Paul Ryan see Post Crescent:

Forward Kenosha organizers scheduled the town hall meeting Sunday evening at a union hall to give residents of the 1st Congressional District a way to get their thoughts and opinions to the Janesville Republican.

Julia Kozel, a Forward Kenosha board member, said Ryan was invited to the event but didn’t respond. She said she found out he wasn’t coming through a story in the Kenosha News a few days earlier.

“I don’t think he appreciates hearing things contrary to his ideology,” said Kozel.

In response Sunday, a Ryan spokesman said constituents can get their opinions heard by the congressman in a variety of ways, including phone calls, faxes, email, electronic town hall meetings and visits to his offices.

“In 2017 alone, Paul has sent over 16,500 unique responses to constituents who have contacted our office. Constituent service remains the top priority,” press secretary Ian Martorana said in an email.

At the meeting, some held signs and some wore pink “pussy hats” as they listened to people discuss a variety of topics, including Medicare, Obamacare, immigration, Russian hacking of the presidential election, veterans issues, voter suppression and President Donald Trump’s efforts to build a wall along the Mexico border.