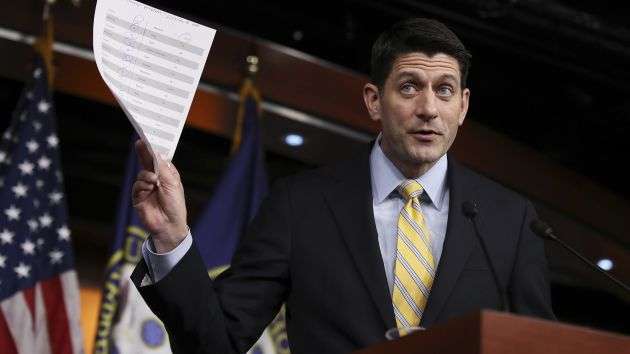 House Speaker Paul Ryan (R-WI) held a press conference yesterday, and it didn’t end well. At the conference he answered questions about Donald Trump’s executive ban on travel to the United States by individuals from seven Muslim-majority countries. Ryan admitted that the roll out of the order was “confusing” and said he was briefed on it as it was being rolled out.

Contrasting earlier comments by Rep. Jim Sensenbrenner at a town hall, Ryan said, “Clearly, none of us want to see people with green cards get implicated in this. And that’s not the goal here.”

“What the president has asked us to focus on, something that we’ve ran on, is we’ve got to secure our border,” the Speaker added. “We have a border security problem, that’s what the physical barrier on the border is all about and we have security concerns given this age of terrorism, given the fact that we have drugs coming across our border, we have an opioid problem.”

As Speaker Ryan and other GOP leaders walked out the press conference, a microphone picked up someone saying, “waste of my f*cking time,” under their breath.

Shortly after, reporters began tweeting about the moment, but staffers from Ryan’s office quickly jumped in to deny it was Ryan who muttered the expletive.