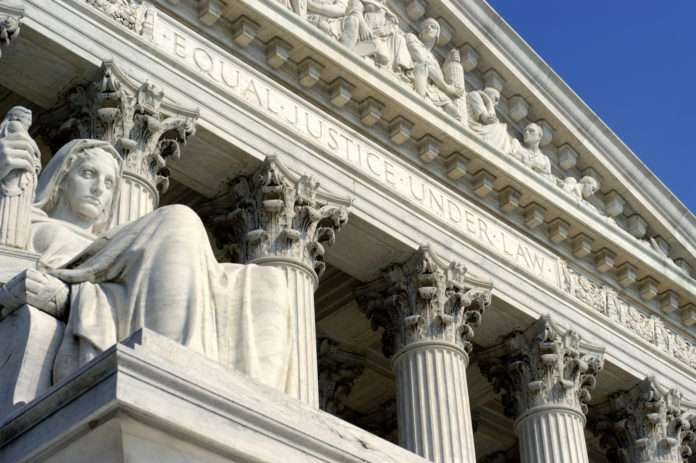 MADISON—Wisconsin GOP Attorney General Brad Schimel today filed an appeal in the landmark partisan gerrymandering case Whitford v. Gill, sending the case automatically to the Supreme Court. In response, the plaintiffs and the organizers of the lawsuit expressed confidence the verdict would be upheld and called on the legislature to move forward with the court-ordered redrawing of the maps.

“The people want a fair map, drawn in an open and transparent process, not more shenanigans,” said Sachin Chheda, director of the Fair Elections Project, which organized and launched Whitford v. Gill. “The AG and the Legislature should be focused on complying with the district court’s order, rather than wasting more taxpayer dollars defending an unfair, unconstitutional map drawn in a secret process.”

The legislative district maps were drawn by Republican legislators in a secret process in 2011 in response to the 2010 census. They immediately came under attack, and state taxpayers have shelled out more than $2 million to defend the maps, although courts have repeatedly found problems with them.

“For too long our democracy has been controlled by lawmakers who draw legislative districts to benefit themselves,” said Gerry Hebert, voting rights & redistricting director at the Campaign Legal Center, a nonprofit that is representing the plaintiffs. “The Supreme Court can now solve this pervasive problem by establishing – for the first time – a manageable standard by which courts nationwide can analyze partisan gerrymandering claims and curb the undemocratic practice.”

“As a longtime Senator, I know there’s no support out there on the streets and in the fields for this nonsense,” said Dale Schultz, a Republican former state senate majority leader who co-chairs the Fair Elections Project. “It’s way past time to just redraw the maps in a way the public can participate.”

“The court said it was a deliberate, extreme, durable, and unjustifiable partisan gerrymander,” said Poland. “With this appeal, Wisconsin citizens now look to the U.S. Supreme Court to finally and permanently remove the cancer of extreme partisan gerrymandering from our democracy.”

The latest verdict completely overturned the maps for treating Democrats and Republicans unfairly, after the citizen plaintiffs proved in court that elections in Wisconsin have become essentially meaningless, with Republicans assured of victory no matter the vote totals.

“I have faith that the Supreme Court will share my belief that extreme partisan gerrymandering is unconstitutional and undermines our democracy,” said Bill Whitford, a retired law professor who is the lead plaintiff. “We have to remember what this case is all about – creating a system where the voters select their legislators, not where legislators select their voters. The Supreme Court has an historic opportunity to ensure that my voice, and the voices of all Wisconsin voters, are heard and to put a standard in place that will stop this detrimental practice from occurring across the country.”

Outside lawyers weighing in

The Wisconsin Attorney General is defending the maps with state staff, but the Republican legislature has also dedicated hundreds of thousands of dollars to hire their own lawyers – including an agreement to pay $100,000 for one brief to George W. Bush’s former top lawyer, Paul Clement. The legislature has also hired former Deputy Attorney General Kevin St. John, who was paid by the Governor’s office to support the Attorney General’s office during the trial. That fact wasn’t disclosed until recently. The agreement to hire St. John is for $300 an hour with no cap.

The plaintiffs have also hired top lawyers, including Paul Smith, who has argued in front of the Supreme Court about 20 times. Smith joins a team of lawyers at the Campaign Legal Center, including Hebert and others. Other attorneys representing the plaintiffs include Poland and Peter Earle in Wisconsin, Michele Odorizzi of Mayer Brown and Nicholas Stephanopoulos of the University of Chicago Law School from Chicago, and Jessica Amunson of Jenner & Block in New York.

“We are fighting for openness and transparency because confidence in our government is very low,” said Tim Cullen, a former state senate majority leader who serves as the other co-chair of the Fair Elections Project. “Secret map rooms and throwing away taxpayer money – that’s a big part of the reason. It’s time to just do the right thing instead.”

“We are confident the U.S. Supreme Court will agree with the panel of judges that has already ruled that Wisconsin’s extreme partisan gerrymander is unconstitutional,” said Hebert. “The simple fact is that voters should be able to choose their representatives and influence the policy decisions that directly impact their lives.”