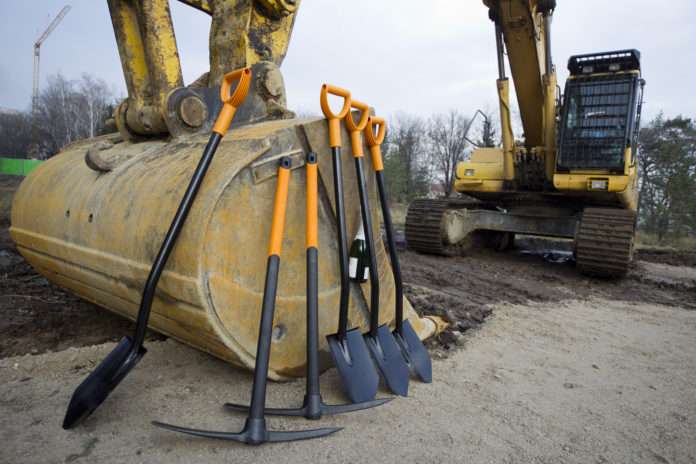 OSHKOSH – Across the state, construction for the Milwaukee Bucks is booming. They are literally building the future.

As the site of the new Bucks arena in downtown Milwaukee makes significant progress, the Bucks D-league team held its groundbreaking for their new arena in Oshkosh on Wednesday, March 29.

The $17 million dollar arena is expected to be completed in time for the D-league’s debut in November of this year. Leaders from the Milwaukee Bucks, as well as elected officials from the Oshkosh area where on hand to see the former blighted location, get the start of new life. “We are just as excited as all get out to begin the project. And I still will tell you we will be open for November. I’m not sure how they’re all going to do it cause I’m not really good with engineering and how you take and turn that piece of dirt into a $17M basketball building but they tell me it will,” said Greg Pierce, President of Fox Valley Pro Basketball.

The Milwaukee Bucks are hoping to add to their legacy with the arena in Oshkosh.

For more on the D-league team in Oshkosh, visit Fox Valley Pro Basketball. To see more of the groundbreaking in Oshkosh, WBAY.