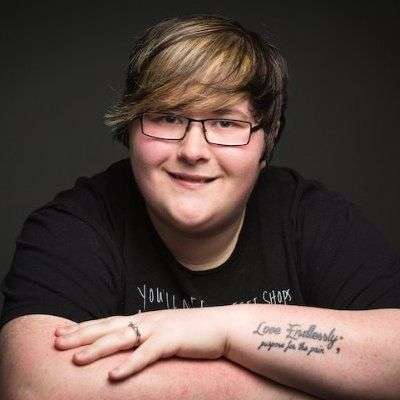 Project Semicolon is reporting that Amy passed away on Thursday March 23, the cause of death is unknown at this time.

Project Semicolon, is a 501(c)3 mental health, faith-based organization that seeks to help those who struggle with suicide, depression, addiction and self-injury. In 2015, hundreds of people began uploading photos of semicolon tattoos to social media to show support for the movement.

A semicolon is a punctuation mark, usually indicating a pause, or where a sentence could end, but the author chooses not to. In 2015, Bleuel told The Mighty, “In literature, an author uses a semicolon to not end a sentence but to continue on. We see it as you are the author and your life is the sentence. You’re choosing to keep going.”

The Project Semicolon website was down following the death of Amy. Her death has been ruled a suicide.

According to WeAreGreenBay.com, “Family and friends pay their respects at the Pfotenhauer Funeral Home and Cremation Service at 2379 East Mason Street in Green Bay from 9:30 a.m. to 12:00 noon on Saturday, April 1, 2017. A service will follow. Online condolences are welcome at www.PfotenhauerFuneralHome.com.

In lieu of flowers, a memorial fund has been established in her name at the funeral home.

*this article was updated on March 31 to reflect new information regarding Bleuel’s cause of death.