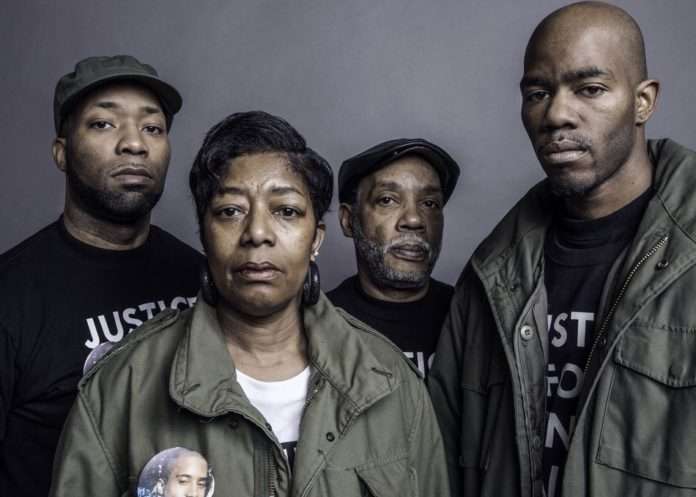 MILWAUKEE – Dontre Hamilton, an unarmed Black man, was killed by a white Milwaukee Police Officer in 2014. The Hamilton family fought the criminal justice system for years, hoping for a piece of justice for their slain loved one.

Maria Hamilton, Dontre’s mother, quickly became a national icon for other mother’s who lost son’s to police violence. Dontre’s brother, Nate, also has spoken nationally and locally on his brother’s death as an advocate for justice and criminal justice reform.

Today the Milwaukee Film announced that Milwaukee-based filmmaker Erik Ljung‘s feature-length documentary The Blood is at the Doorstep makes its world premiere today at SXSW in Austin, TX. The intimate film follows the Hamilton family on their path to seeking justice against a criminal justice system rigged against them.

According to a press release from Milwaukee Film,

What makes this premiere extra special to all of us at Milwaukee Film is that it’s the first feature film made possible in part from our Brico Forward Fund, an annual grant program established to support worthy film projects in development or production through a combination of cash and production services. In 2015, a jury of film industry professionals awarded Erik the Brico Forward Fund’s top honor—$25,000 cash and $10,000 in production services from Independent— for his short film Mothers for Justice, which premiered at the 2015 Milwaukee Film Festival. This award (as well as another $2.5k in cash and $6k for RDI Stages in 2016) gave Erik and his entire team the additional resources they needed to bring this project to completion.